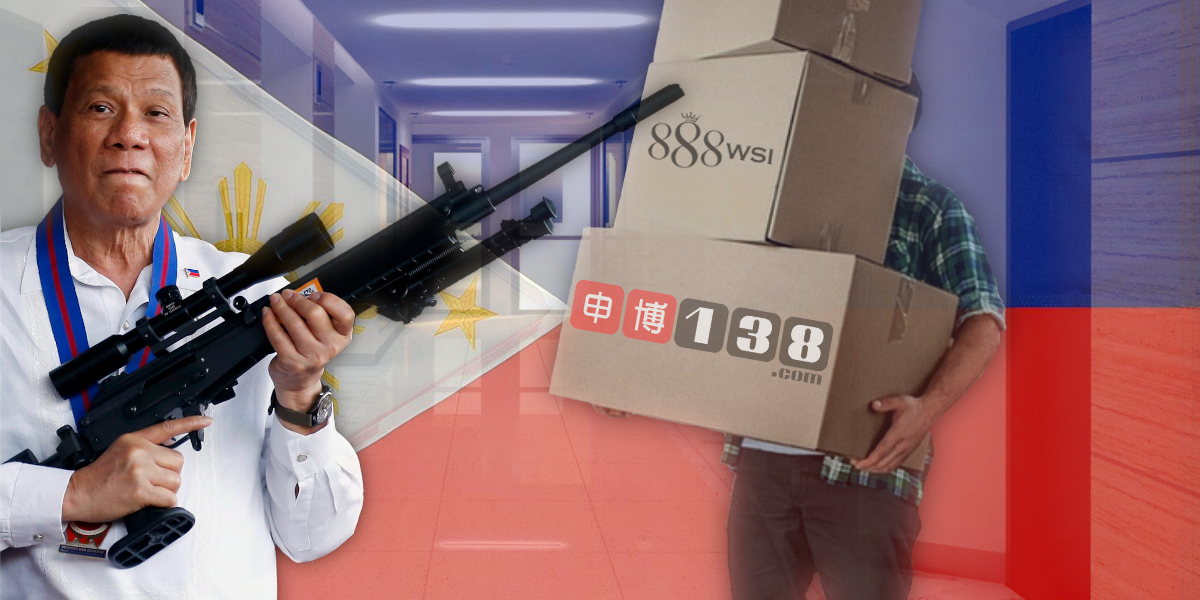 Due to its proximity to China, Macau was the first market to demonstrate both the horrors the pandemic would inflict on casino markets as well as the enormous lengths casinos would have to go to ensure customers and staff were protected once casinos reopened.

Unlike most North American casinos, which shut down for months, Macau casinos were closed for only 15 days, but their swift reopening brought anything but a return to normal.

Things hit bottom in June with revenue of only MOP716m, down 97% year-on-year, and while things have improved slightly, mainland Chinese gamblers still need some convincing to make the trek to Macau.

Over the first 11 months of 2020, total gaming revenue is barely equal to two months’ worth of 2019. It’s probably fitting that this was the year that the Macau casino sector’s founding father Stanley Ho opted to shuffle off this mortal coil.

While all sectors of Macau’s gaming market felt the squeeze, junket operators took it on the chin. Worse, unlike previous disruptions to Macau’s market, the global nature of the pandemic meant there were few alternative markets to which they could steer VIP gamblers.

Junkets could face further trouble in 2021, even if the COVID vaccines prove effective. China’s war on cross-border gambling included compiling a (still unpublished) blacklist of countries it felt were guilty of luring mainland residents abroad to gamble, which was followed by plans to introduce a new law criminalizing “organizing and soliciting by casinos abroad” that appears to strike at the very heart of the junket business model.

JUNKETS ADAPT TO SURVIVE
The pressure caused many smaller junkets to pack it in this year, while others decided to follow Suncity Group’s lead by investigating options for actually owning casinos rather than just feeding customers to them. Tak Chun Group boss Chan Weng Lin owned a one-third stake in Macau Legend Development by the end of 2020.

Suncity survived a liquidity crunch when boss Alvin Chau dug into his own pockets to keep the lights on while reassuring investors that they’d be spared the pain of the junket downturn. Suncity’s 2019 run-in with Chinese authorities over online gambling caused it to halt its Philippine-based, China-facing ‘tele-betting’ service while pulling the plug on its popular 138.com online casino.

CHINA DECLARES WAR ON ONLINE GAMBLING
China’s war on online gambling ramped up dramatically in 2020, perhaps emboldened by the country’s ability to convince Cambodia to ban its online gambling market in January.

That same month, China issued what initially appeared to be a boilerplate warning of its anti-online intentions but this time they meant it. They even mobilized the general public by announcing a public snitching platform, with financial incentives for citizens not sufficiently motivated by patriotism and/or prudery.

The campaign took special aim at payment processors, resulting in the largest ever fine against a financial institution and a new focus on ‘fourth-party’ processing. The government also made its first takedowns of crypto-based gambling payment networks.

Perhaps even more interesting, the government made sure that China’s telecom giants understood they could no longer plead ignorance of their platforms being used for gambling purposes. A senior exec at Baidu was marched off in handcuffs after authorities concluded the search engine giant was getting fat off online gambling links.

Perhaps as a means of avoiding accusations of hypocrisy, China also hobbled its state-run lotteries by eliminating so-called ‘high-frequency’ products. The lotteries, which were already struggling after their pandemic shutdown – which lasted far longer than Macau’s – now expect another year of negative growth in 2021.

PHILIPPINES LOSES POGO PATIENCE
While China has long complained about Philippine-licensed online gambling operators serving the Chinese market, it was the Philippine government that proved the biggest threat to its gambling sites in 2020.

Philippine Offshore Gaming Operators (POGOs) had long been criticized for thumbing their noses at immigration rules and tax obligations but these tensions reached a boiling point early in 2020 as the pandemic brought fresh concerns about Chinese POGO staff possibly carrying the virus into the Philippines.

The shutdown of the Philippine gambling industry – both online and land-based – provided the opportunity for a fresh start, with the Philippine Amusement and Gaming Corporation (PAGCOR) requiring POGOs to receive a thumbs-up from both immigration and tax authorities before being allowed to resume operations.

While those hurdles seemed a reasonable way to rid the market of bad eggs, the government then imposed a crushing 5% tax on online gambling turnover that punished all operators, regardless of their compliance history.

By December, PAGCOR had authorized only 36 POGOs to resume operations – that number shrank to 35 before the month was through – and it’s unclear how many of these had actually resumed operations.

The impact on the government’s share of gambling revenue was enormous, prompting PAGCOR to authorize online cockfighting and live-dealer casino games from Manila’s struggling integrated resorts. Moreover, unlike POGOs, which were restricted to foreign customers only, these options would be available to local residents.

But not just any locals. PAGCOR later clarified that the livestreamed ‘Live Shot’ casino games would be accessible only by Philippine VIPs, who would be required to submit to facial recognition technology to play. Analysts scoffed at the slim revenue potential of such a niche market but every little bit counts, we guess.

INDIA
India appeared to have taken a bold step into the future when the state of Karnataka authorized online betting at the Bangalore Turf Club, only to withdraw permission just weeks after the digital offering’s launch when someone had the effrontery to point out that the state had no online gambling regulations.

Delta Corp made waves in December after announcing it had received approval to build Goa’s first integrated resort casino in the city of Pernem. However, the state’s gambling laws will limit its offering to electronic gaming only, as live tables are only permitted on the state’s floating casinos.

Online ‘skill games’ proved a crutch on which hybrid operators such as Delta could lean while their Goa casinos were shut by COVID-19, but a raft of states pushed back on these online operations as the year went on, with Andhra Pradesh threatening to jail not only operators but also individual gamblers.

India’s online opposition took an international turn when Chinese-run gambling sites got the bum’s rush after the two countries shed blood over a disputed border area.

ELSEWHERE
Cambodia’s online ban turned Sihanoukville into a ghost town overnight, as Chinese operators whose land-based casinos consisted of a bachelor apartment, a lap-desk and a webcam decided to get out of Dodge. Many have reportedly decamped to a controversial economic zone in Myanmar that is making headlines for all the wrong reasons.

Cambodia finally approved its decades-in-the-making new gambling laws and, while nobody’s actually seen the whole thing yet, the country’s only major casino operator NagaCorp has expressed pleasure at its reportedly reasonable tax rates.

In Japan, the process of picking casino host cities and licensees continued at its predictably glacial pace, although the situation wasn’t helped by a scandal involving casino hopefuls and Liberal Democratic Party politicians, the abrupt resignation of Prime Minister Shinzo Abe, the withdrawal of interest by Las Vegas Sands and, oh yeah, COVID-19.

In Saipan, Imperial Pacific International finished constructing its Imperial Palace resort, paid all its outstanding contractor bills and regulatory fees, and turned a tidy profit as VIP gamblers honored all their credit markers. Just kidding! IPI was its usual horror show, and frankly we’re sick of wasting time on these clowns.

AUSTRALIA
We’ll finish up with the only casino outfit that made IPI look competent in 2020: Crown Resorts, which may have also been the only major operator in 2020 for whom COVID-19 was a secondary concern.

The year started with Crown’s largest shareholder James Packer (pictured above) touting the Christmas launch of its shiny new Crown Sydney, and ended with the Sydney casino opening without any gambling and the company’s Victorian gaming license under threat.

Early in the year, Melco Resorts & Entertainment ditched its plan to buy 20% of Crown to avoid submitting itself to Australian regulatory scrutiny. While MRE was forced to sell the 10% of Crown it had already acquired at a significant loss, MRE likely considered it money well spent, as it was able to avoid having its reputation being dragged down alongside Crown’s.

The snafu culminated in an astonishing two-month stretch in which a seemingly endless parade of Crown execs and directors expressed a heady mix of confusion, ignorance and disinterest regarding their regulatory compliance obligations.

The criticism worked both ways, as gaming regulators in states where Crown operated tried hard to explain why they’d been looking the other way all this time. Victoria responded by accelerating its five-year review of Crown Melbourne’s license by two years while the federal AUSTRAC body initiated a ‘formal enforcement investigation’ into Crown Melbourne’s anti-money laundering shortcomings.

New South Wales won’t reveal Crown Sydney’s ultimate fate until February, but even if Crown gets off with a financial penalty and a shorter regulatory leash, the company’s decision to swear off junket operators – plus Australia’s increasingly dodgy relationship with China – means the casino will have to rely on domestic VIPs to keep the lights on. (That sound you hear is investors fleeing for the exits.)