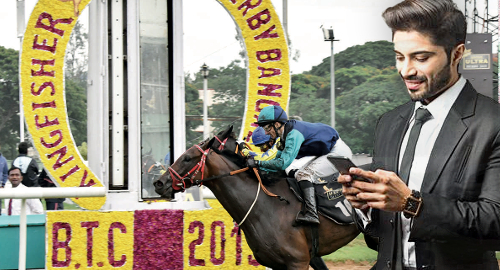 Online betting is coming to the Indian state of Karnataka after the local government authorized the Bangalore Turf Club (BTC) to throw open its digital doors.

On Friday, the Karnataka state government gave in-principle approval for the BTC to conduct online betting. The BTC filed an online betting application in May in a bid to salvage its season, which has seen racing halted due to India’s struggles to flatten its COVID-19 curve.

Local media quoted BTC exec Harimohan Naidu saying the company was developing a mobile betting app, digital wallet and streaming service that will hopefully be deployed in around two to three months (although BTC has reportedly yet to select a technology vendor). By that point, the expectation is that racing will have resumed on a spectator-free basis, but punters will be able to watch the action online while accessing the digital betting product.

Some of India’s state governments have been overwhelmed by their COVID-19 struggles and Naidu suggested online betting would help top up the state’s coffers. Online betting “will naturally expand our customer base tremendously, increase our turnover and also revenue to the government.”

Racing bodies in other Indian states are now looking to their local governments to follow Karnataka’s lead. The Times of India quoted Zavaray Poonawalla, chairman of the Royal Western India Turf Club (RWITC) in Maharashtra, saying the BTC’s good fortune “will also help RWITC to get [online betting] permission that much faster. All in all, it is a positive step forward for Indian racing.”

Long before COVID-19, India’s racing operators were seriously struggling after the government imposed a 28% goods & services tax on betting turnover a couple years ago. The BTC’s turnover was reportedly cut in half following the tax changes, which encouraged punters to seek out better value via any number of internationally licensed online betting operators serving the Indian market.

India’s online gambling market is a hodgepodge of state-specific rules, with Sikkim the only state to allow digital sports betting, but only via land-based terminals accessible only by out-of-state tourists. Some states have approved online lotteries while a handful of online poker/rummy sites attempt to walk the legal tightrope of so-called ‘skill game’ rules.

Meanwhile, the suspension of most Indian sports events has led some less scrupulous local bookmakers to begin offering betting markets on India’s COVID-19 statistics, including infection rates and death tolls in individual states and cities. Similar operations were reported targeting bettors in Singapore this spring.