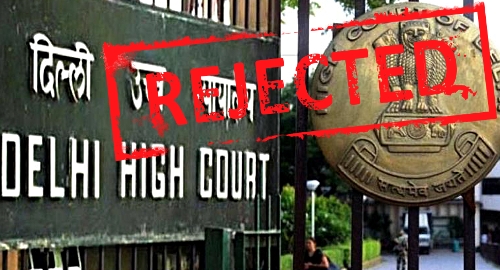 A court in India has declined an activist’s request to shut online gambling sites, while asking for government input on how to deal with the rise of so-called ‘skill-based’ games.

On Wednesday, the Delhi High Court ruled against a request by a local activist seeking to shut down websites offering ‘games of skill’ under legislation approved several years ago in the state of Nagaland. Local media quoted a bench of Chief Justice Rajendra Menon and Justice Brijesh Sethi declaring: “No interim relief. Let it go on.”

However, while refusing immediate intervention, the Court requested further input from the Central government as well as from the Reserve Bank of India to determine the legality of the websites in question, which include not only India-based sites but also internationally licensed operators such as Betway, Dafabet and 1xBet.

Wednesday’s ruling came following a public interest litigation (PIL) filed last week by local activist Avnish Mehrotra, who sought to “bring illegal and illicit online gambling/betting/wagering/gaming to an end.” The activist claimed that poker, sports betting and fantasy sports products offered by the offending websites failed to meet the definition of a ‘skill game’ since they involved little to no skill on the part of the customer.

Many local sites operate using licenses issued by the state of Nagaland under the Nagaland Prohibition of Gambling and Promotion of Online Games of Skill Bill, 2015. The Bill offered exemptions from local gambling prohibitions to games in which the outcome relied on “a preponderance of skill over chance.”

The PIL called on the Court to examine the capacity of Nagaland-licensed sites to accept customers who reside in other Indian states. The petitioner also wanted the Court to probe whether Nagaland-licensed sites were properly collecting tax from their customers, and to chase down uncollected tax revenue that was currently fleeing the country to the internationally licensed website operators.

Online gambling remains a thorny subject in India, despite the Law Commission of India’s view that efforts to prevent such activity are so fruitless that the government might as well regulate the activity and at least derive some financial benefit from it.