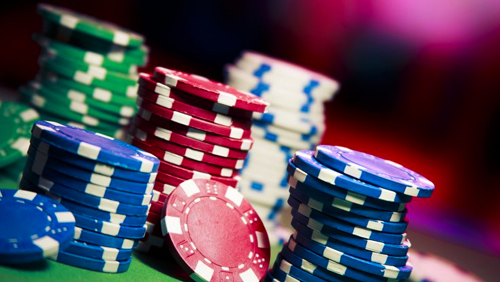 While many parts of India are embracing gambling recently, especially when it comes to sports, one state is pushing back. Gujurat is taking a close look at banning online gambling within the state, according to a story in the Times of India.

The idea to change the law came at the request of the Ahmedabad Police Department. According to reports, officials within the department felt that current laws governing gambling were not strong enough to curb illegal enterprises.

The police in Gujarat had already taken steps to try to curb gambling. This started with the imposition of bans on several online video games across the Indian state. This included the game PUBG, which authorities felt yielded too much aggression, especially within youth. The state government had already imposed some laws prohibiting gambling online or in local establishments, but is now considering an outright ban across the entire state.

Ahmedabad Police Chief AK Singh explained that the laws will be tough to enforce because of how widespread gambling has become across the globe. “Recently, the CID crime branch and home department officials had held a meeting to bring changes in gambling laws. It is tough as gambling in some part of the world is legal, while in India it is illegal.”

In December of 2017, a judge in the Indian state rejected a petition to refer to poker as “a game of skill,” as a ploy to try to allow the enterprise to become legal within Gujarat. The plan was to have it so that poker was officially declared as a game of skill according to glaws, but the judge was having none of it. The petition was rejected and online poker is still illegal within the state.

While illegal gambling has become a concern to Indian authorities, this move clearly is going against the tide. Gujarat already has the strictest of anti-gambling laws in India, which has led to several raids to shut down illegal gambling operations over the last few years. However, this is a different move altogether.

Clearly, police chiefs and government officials are looking to ensure that gambling in any form is not going to be acceptable within the state. They have already been cracking down on illegal operations, including arresting four people in the Madalpur area last week who were involved in accepting bets on the Indian Premier League. Days earlier, two were arrested by Navangpura Police for running a gambling finance office from their home. This is just a couple of the many arrests that have occurred recently.

With online gaming and gambling being challenged by law enforcement, it does present some interesting issues related to individual rights and the right of a person to use the Internet. How effectively any law will be in stopping online gambling will also be an interesting point of discussion, as it is likely that the police will be expecting broad powers to be able to enforce the law.