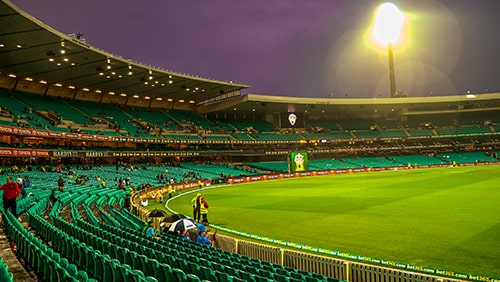 Test cricket is well and truly alive after India made history with a historic draw at the Sydney Cricket Ground (SCG). The two sides head into the Fourth Test in Brisbane with the series still tied at one game apiece.

The home side will be ruing four dropped chances that cost them the chance to close out the series, but India were magnificent in holding out for a draw in Sydney. At one stage of the game, the visitors were forced into five injury changes to their starting side.

Moving to Brisbane for the final Test, India will be without spinner Ravindra Jadeja who dislocated a finger in Sydney. Batsman Hanuma Vihari is certain to join him on the sidelines after tearing his hamstring in his heroic innings in Sydney. Wicketkeeper Rishabh Pant is tipped to play as a batsman, with keeper Wriddhiman Saha tipped to come into the side. The biggest injury news for the Indian side is the absence of star pacemen Jasprit Bumrah.

The Indian quick picked up an abdominal strain in the second innings in Sydney and is unlikely to take the field in Brisbane. Bumrah’s withdrawal will leave India with four quick bowlers who only have four games experience between them.

Australia have their own injury concerns, after Test debutant Will Pucovski nursing a shoulder injury. Star opener Dave Warner also struggled with a groin injury in Sydney. Marcus Harris could come into calculations if one opener is ruled out of the Test. Harris has had a stellar start to the Sheffield Shield season and his form at the top of the order could see him come into the side for either batsman.

Australia have an amazing record in Brisbane, having not lost a Test match since 1988. The Indians have never won a Test in Brisbane in thirty years.

The Indian team have been in quarantine isolation from their families for nearly six months and with a heavy injury toll, it would be a miracle for them to hold off for another draw.

Steve Smith showed his class in Sydney with a century and second innings half century against the visitors. Smith will be hungry for runs and expect him to lead from the front with the help of prodigy Marnus Labuschagne. The world number four ranked batsman will be relishing a trip to his home track at the Gabba.

Australia have an imposing record in Brisbane and it’s difficult to imagine that India have enough healthy players to get them over the line.

The home side should have enough firepower to close out the series and claim a thrilling 2-1 win, but stranger things have happened.

Man of the Match – Steve Smith