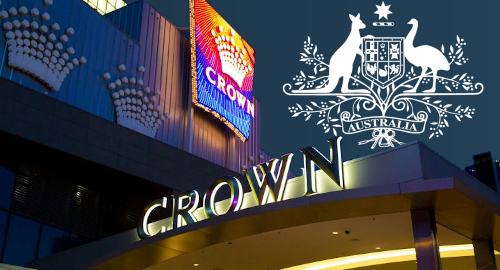 Australian casino operator Crown Resorts is facing a new regulatory probe into its Crown Melbourne operations, while losing yet another member of its board of directors.

On Monday, Crown announced that the state government in Victoria had established a royal commission to determine Crown’s suitability to hold a gaming license for its Crown Melbourne casino. Queen’s Counsel Raymond Finkelstein has been appointed to lead the commission, the findings of which are scheduled to be submitted by August 1.

The Melbourne venue was the site of most of the regulatory shenanigans detailed in the Bergin report, the summary of the Independent Liquor and Gaming Authority (ILGA) New South Wales’ investigation into rampant regulatory shortcomings at Crown’s casinos in Melbourne and Perth.

That report concluded that Crown was unsuitable to operate gaming at its new Crown Sydney venue, which opened to the public in December without an active casino component. The fallout from this report has led to the resignations of several members of Crown’s board as well as CEO Ken Barton. Crown announced Monday that yet another director, Harold Mitchell, had walked the plank.

Victoria’s gaming minister Melissa Horne said Monday that the Bergin report’s findings “were so severe” that a royal commission was “the most appropriate action to protect Victorian interests.” Horne said the state “will not tolerate illegal behavior in our gaming industry” and would “take any necessary action” based on the commission’s findings.

Crown chair Helen Coonan quite improbably claimed that the company “welcomes” Victoria’s announcement and would “fully cooperate” with the commission. Coonan claimed the probe would provide “an opportunity to detail the reforms and changes to our business to deliver the highest standards of governance and compliance.”

Crown is quite literally under siege on all fronts. Victoria previously announced that it would accelerate its review of Crown Melbourne’s casino license, but the Bergin report also convinced the Western Australia state government to open its own royal commission into Crown Perth’s suitability to continue operations.

Crown investors apparently anticipated Victoria’s intentions, as the company’s share price closed Monday’s trading down less than 1% to AU$10.20. That price represents a significant improvement from the $9.35 the stock hit the week before the Bergin report was made public and the $6.12 floor when Crown’s casinos were shut due to the pandemic in March 2020.