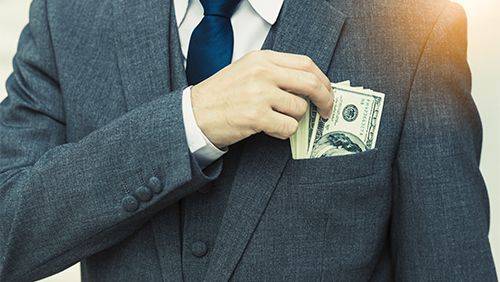 This may not be a perfect example of robbing Peter to pay Paul, but it’s pretty close. Ainsworth Game Technology has had a couple of difficult years, seeing a drop in its annual performance in 2019 before 2020 brought further losses due to COVID-19. A filing (pdf) it just submitted to the Australian Securities Exchange (ASE) indicates that it has received a new five-year credit line worth $35 million and, while that could be viewed as potentially good news, closer examination proves otherwise. Ainsworth is using the money to pay off another credit line it had.

Ainsworth, through its Ainsworth Game Technology Inc. subsidiary, picked up a new secured-credit facility worth $35 million through a deal it worked out with US-based Western Alliance Bancorp. However, the company added, “Proceeds of US$28 million from this new facility have been used to extinguish all company obligations under the prior revolving credit facility with Australia and New Zealand Banking Group Ltd (ANZ).” AGT Pty Ltd and Ainsworth Game Technology Ltd. are listed as guarantors of the new credit facility.

Details about the new loan, such as interest, what Ainsworth will do with the leftover $7 million and more, weren’t included in the filing, but should be announced soon. The company is set to release its latest earnings data next Thursday, February 25, at which time all the updates are expected to be provided. Ainsworth provided a hint at what’s to come with the update next week, adding that it is prepared to show “improved revenue” for the last six months of 2020. It expects to show a 71% increase over the AUD$42 million ($32.68 million) it reported for the first half of the year, but still has more work to do. That figure would be 33% less than what it reported for the last six months of 2019.

Should that prediction come true, it would be a huge improvement over Ainsworth’s previous forecast. CEO Lawrence Levy said last November that COVID-19’s continued pressure on the gaming industry was forcing a prolonged retraction and added, “We cautiously expect the challenging market conditions experienced” in the previous fiscal year “to continue in the first half, fiscal year 2021. As a result, for [the first half of] fiscal-year 2021, we expect to report a loss before tax for the group, excluding the impacts of foreign exchange and one-off items, of approximately AUD15 million [$11 million], which is in line with the company’s expectations given the effect of the September quarter.”