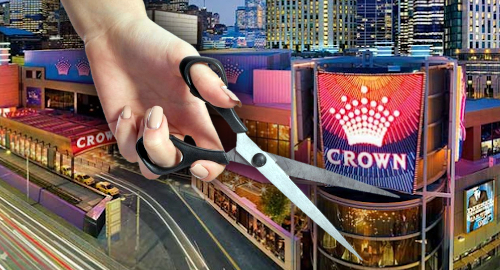 Australian casino operator Crown Resorts is swearing off all junket operators in an apparent Hail Mary bid to save its Sydney gaming license.

On Tuesday, Crown announced an update to its late-September decision to suspend all activity with junket operators – the middlemen who help steer (predominantly) Asian VIP gamblers to casinos – until June 30, 2021 in order for Crown to conduct “a comprehensive review of its processes related to junket operators.”

Crown said Tuesday that it will “permanently cease dealing with all junket operators, subject to consultation with gaming regulators in Victoria, Western Australia and New South Wales.” This consultation “has commenced” and Crown will only resume business with junkets if they were “licensed or otherwise approved or sanctioned by all gaming regulators in the states in which Crown operates.”

Crown’s newfound deference to regulatory authorities comes after a truly embarrassing month or so at the NSW Independent Liquor & Gaming Authority (ILGA) inquiry into Crown’s suitability to hold a gaming license for its Crown Sydney property, which is scheduled to soft-launch in December.

The Australian Associated Press quoted Crown attorney Perry Herzfeld saying Crown’s latest junket decision wasn’t an admission that its previous junket due diligence was insufficiently “robust.” Herzfeld suggested, apparently with a straight face, that “a system can be described as robust even though an error has occurred.”

Monday saw Crown’s legal rep Neil Young mount a last-ditch defense of the company’s efforts to lure mainland Chinese high-rollers to Crown casinos, which resulted in the 2016 arrests of 19 Crown staff, some of whom spent nearly a year in prison before being released. Crown was warned in advance of the need to tone down its gambling marketing efforts but chose to ignore these warnings.

Young claimed that Crown believed its mainland activities were legal, based on a 2005 Chinese court ruling that made it illegal for individuals to earn a commission for enticing mainland residents to gamble abroad (in person or online). Crown was approaching gamblers directly in a bid to avoid paying junket commissions, which Crown’s lawyers believed immunized the company from the 2005 ruling.

In all likelihood, the inquiry isn’t likely to view this argument as anything other than Crown’s then-lawyers telling the company what it wanted to hear so that its highly lucrative pursuit of Chinese VIPs could continue unabated.

Crown’s senior management and board have routinely offered up a ‘we’re not evil, we’re inept’ rationale for its many compliance failures, a defense that doesn’t exactly inspire confidence in the company’s ability to toe the line going forward, even if many of its senior managers and directors have since fled this sinking ship.

Earlier this month, an attorney assisting the ILGA inquiry said the previous month’s testimony was ample evidence that Crown was “not suitable” to hold an NSW gaming license. The inquiry’s final report isn’t due until February, but the ILGA will meet Wednesday to decide whether to order a pause to Crown Sydney’s pre-Christmas opening plan.

Crown is currently facing two other regulatory probes into alleged compliance failings, one by gaming regulators in Victoria and the other by the Australian Transaction Reports and Analysis Centre (AUSTRAC).