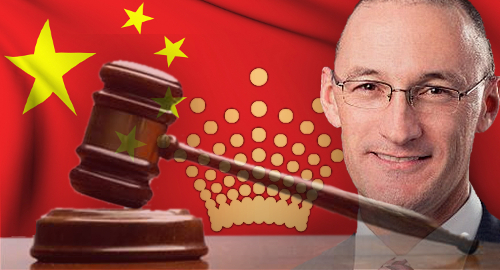 Australian casino operator Crown Resorts is one step closer to learning the fate of its staffers who were detained in China last year for allegedly promoting illegal gambling activities.

On Wednesday, the Australian Financial Review reported that Chinese authorities had officially finalized their investigation of the 18 Crown-affiliated staffers arrested last October for suspected “gambling-related crimes” and handed the case to a Shanghai prosecutor two weeks ago.

The AFR quoted Shanghai lawyer Si Weijiang saying the fact that the police had turned the case over to the Baoshan District People’s Procurator rather than a city-level prosecutor “implies a less severe or shorter sentence.”

The working theory is that the accused will face charges of promoting gambling – which carries a maximum sentence of three years in prison – instead of the far more serious crime of money laundering. The hope is that the Crown staff will eventually be sentenced to time served, similar to the fate of the South Korean casino promoters arrested in 2015 for similar transgressions then released after 18 months in detention.

The 15 Crown employees – including head of international VIP services Jason O’Connor (pictured) – and three affiliated individuals were detained in a series of arrests last October. While never officially confirmed, the staffers are widely suspected of having met with Chinese high-rollers to promote trips to Crown’s Australian resorts for the express purpose of gambling, which is prohibited on the Chinese mainland.

Following the arrests, Crown came under criticism from other international casino operators for allegedly being overly aggressive in its pursuit of Chinese VIP gamblers. China has made no secret of its desire to deter international gambling operators from marketing to mainland residents, and Crown may simply have been the easiest way for the authorities to fire a shot across the gambling industry’s bow.

The fallout from Crown’s legal woes in China has impacted other Asia-Pacific casino operators, including Crown’s domestic rival The Star Entertainment Group, which reported significant Chinese VIP turnover declines in its most recent earnings filing.

On Wednesday, The Star held a presentation for investors in Sydney, and while CEO Matt Bekier insisted that the company’s international VIP business was “showing signs of stabilization,” the company remained “near term cautious” in its approach to marketing toward Chinese VIPs, while shifting its international focus to high-rollers in South Asian markets like India.