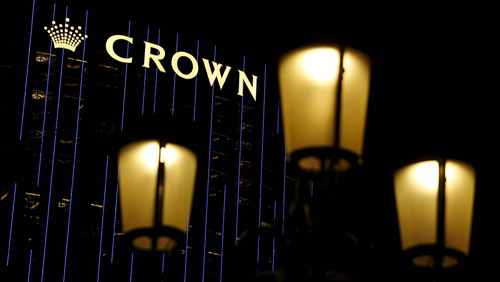 Michael Chen, the man who led Crown Resorts’ push into China, has reportedly left the James Packer’s casino company following the arrest of 18 employees and associates on the mainland last year.

In October, mainland Chinese authorities arrested 18 Crown staff members, including three Australian nationals, on charges of promoting gambling activity at Crown casinos to Chinese VIPs. So far, one staffer has been released, while others are awaiting trial on as-yet unspecified charges.

Chen wasn’t among those caught up in the raids on the mainland, but the Crown executive was reportedly placed on “permanent leave” after the arrests, according to ABC’s Four Corners program. His LinkedIn page showed Chen, who was Crown Resorts’ president of international marketing, left the company in March after more than five years of service.

Sources familiar with the matter told The Australian Financial Review that Chen was behind Crown’s decision “to engage more directly with Chinese high rollers, rather than go through the traditional junket channel” amid the Beijing government’s crackdown on corruption.

Chen’s strategy included forming a team on the mainland who will bring high rollers to Packer’s casinos in Melbourne and Perth, according to the report.

On his LinkedIn profile, Chen said his work with Crown involved conceiving and leading “transformation to modernize and professionalize high-end integrated resort sales and marketing. Initiatives [which] have yielded four consecutive years of record results,” noting that he was responsible for over A$1 billion in revenue.

Chen’s boss was Jason O’Connor, Crown’s head of International VIP, who was among those arrested in Shanghai. O’Connor is being held at the Shanghai Detention Centre with two other Australians employed by Crown, Pan Dan and Jerry Xuan.

Chen was the latest Crown executive to cut ties with James Packer’s company. In January, Robert Rankin stepped down as Crown chairman, followed by chief executive Rowen Craigie, who left in late February.

Rankin’s vacated chairman’s seat at Crown was filled by John Alexander, a longtime confidant of the Packer family. James Packer also returned to the board more than a year after relinquishing his seat to focus on the casino group’s international expansion opportunities.

However, the crisis in China has prompted Packer into selling out of his Macau joint venture, Melco Crown Entertainment, and abandoning plans to build a casino in Las Vegas. The billionaire businessman, however, is still looking to take part in developing a casino in Japan.