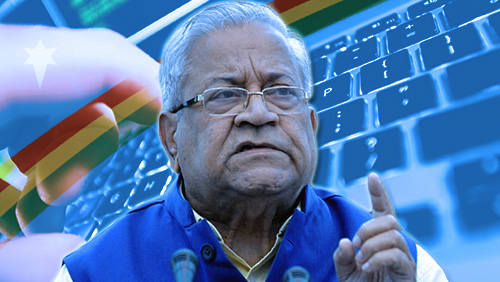 Nagaland recently made history in India as the first state to have an online skill games legislation.

GLaw.in reported that Nagaland Gov. PB Acharya has already given his assent to the Nagaland Prohibition of Gambling and Promotion of Online Games of Skill Bill, 2015, on April 7. No longer a bill, the Act just need to be published in the Official Gazette, after which the government will start drafting regulations and licensing details—a process that is expected to take at least two or three more months.

The Online Skills Games Bill was passed by the Nagaland Legislative Assembly back in March, almost nine months after it was introduced by Chief Minister TR Zeilang.

It is the first legislation in the country that addresses the issue of games of skill such as poker, rummy and fantasy sports. The bill specifically defines gambling s “wagering or betting on games of chance” while exempting games “where there is preponderance of skill over chance.”

Despite its passage in the legislature, many Nagaland residents remain opposed to the Online Skills Games Bill.

A survey conducted by regional daily The Morung Express found that 64 percent of the residents do not support the bill. Among their reasons for opposing the legislation is that they believe that the government does not have the right intention aside from revenue generation.

One respondent told the news outlet, “I do not think our people are aware. This is just another way for our beloved politicians to make money,” while another respondent asked if the legislators really know what the bill means, saying, “I am sure they are only thinking about the revenue and not looking at what it is going to do in our society… I think the government is only doing this for revenue collection and so I do not support it.”

Those who support the bill are hoping the government will have a “proper system in place and a mechanism to see that it is done properly.”

“It should be on trial basis first to see if it works. Before it is made into a law the Prohibition of Gambling and Promotion of Online Games of Skill should be partially implemented on a trial basis. After that, a final decision can be taken,” one respondent said.

Located in the northeastern part of India, Nagaland is the first state to take a solid step towards regulating online rummy and poker websites that are already operating in the country.

Currently, Indian states, except Assam and Odisha, exempt games of skill from criminal liability. In addition, majority of online skill-based websites that offer real-money games operate based on “judicial precedents and statistical evidence.” To date, there hasn’t been a conclusive verdict or a legislative provision that clarifies the legality of real-money, skill-based websites.