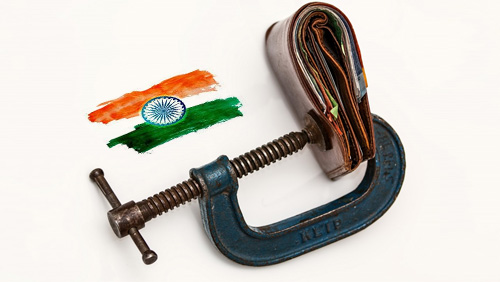 India’s Goods & Services Tax (GST) system is currently a hot-button topic in the country. In addition to a push for a single-tax system for state lotteries that has been in discussion for the past couple of months, the Turf Authorities of India (TAI) is now looking to try and have the GST rate on horseracing lowered.

In the middle of last month, the TAI, which represents six horseracing clubs in India, appealed to Union Minister Piyush Goyal in an effort to have the tax rate taken by bookmakers and race clubs lowered. They argued that the current 28% rate on the face value of bets was unfair and resulted in a substantial loss in revenue. They want to see the GST charged against commissions or earnings, and not on the bet’s value.

The group also asserts that wagers placed on horseraces are not considered gambling. They argue that a Supreme Court decision on the subject of gambling allows horseracing and its associated gambling activity to be classified as a game of skill and is exempt from gambling laws. As such, horseracing should be considered a good and not a service.

The total amount wagered in not income to the club and could be paid back to the gamblers in the form of dividends, argues the TAI. As such, it should be considered taxable income under GST laws, as the service being provided by the clubs is similar to that offered by forex dealers and stockbrokers.

The TAI explains that the total taxes its individual members paid to state governments before the implementation of the GST, for the fiscal year 2016-2017, was $43 million and that, during the transition period when the GST was being implemented – 2017-2018 – the amount was $26.24 million. It added that revenues will continue to slide because of the high tax rate, and that there will be a greater loss in turnover at the race clubs, as well as less taxes paid to the government.

The group believes that, without approval to reduce the tax it pays, the horseracing industry in India could die completely. Not maintaining a proper margin of earnings for the companies, and a loss in tax generation for the country, would eventually force them to shut down. There has not yet been a response from the government regarding the request for the GST change.