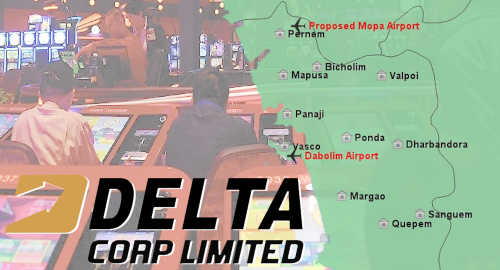 On Saturday, Delta informed investors that it had received in-principle approval from the Goa Investment Promotion and Facilitation Board to set up an integrated resort in the city of Pernem in the northern portion of the state. Delta humble-bragged that the venue is “expected to be the one of its kind in the country.”

Delta offered no timeline for when it might proceed with developing its new land-based offering, nor when the facility might open to the public. Delta’s Goa operations currently consist of three shipboard casinos and one land-based venue at its five-star Deltin Suites hotel.

Goa’s government has for years been vowing to curtail waterborne gambling by requiring its floating casino licensees to bring their operations ashore. The government previously pledged to create a dedicated gaming zone near the in-development Mopa airport in the Pernem area, although few details of this plan have been finalized.

Goa recently allowed its casinos to resume operations after a lengthy pandemic shutdown but the restart has been anything but smooth sailing. Last month, local officials expressed outrage at casino guests who publicly ignored social distancing and mask-wearing requirements.

Goa officials recently announced that police would now accompany health inspectors on trips to the casinos’ embarkation points with the promise that anyone caught flouting the medical precautions would be photographed and fined.

That’s not enough for some local residents, who expressed alarm at recent reports that a number of casino staff had tested positive for COVID-19. Some neighboring states have reacted by barring entry to Goa residents, prompting some Goans to wonder why Goa hadn’t enacted similar measures (the answer being that Goa’s casinos are off-limits to local residents, making them utterly dependent on tourism).