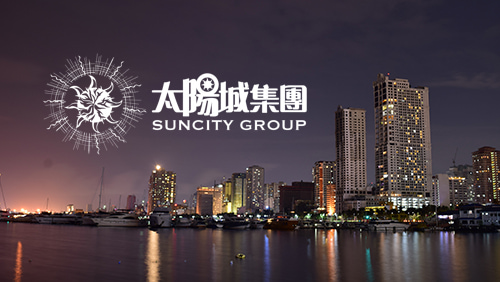 Suncity Group Holdings is excited and anxious to get its next pet project in the Philippines underway. It is going to build a new casino resort in the Westside City Project in Manila and its lock on a 45-year contract to operate the property gives it a huge boost of security. Suncity regularly keeps the industry abreast of what’s going on with the progress for the resort, and has just given its latest. It now knows who will be managing the construction and development of the site, having chosen Megawide Construction Corp. to lead the way.

Megawide made two agreements for the project, according to a Suncity filing (pdf) with the Hong Kong Stock Exchange. The first will see the construction giant be in charge of the construction of the basement, podium and tower of the resort’s main hotel and casino and is worth around $83.19 million (HK$644.9 million). The second will cover excavation, pile cap, which forms part of a deep foundation and is often used when the ground under the construction site is soft, and lateral support construction. This agreement is worth $47 million (HK$364.3 million), bringing the total benefit to Megawide to around $130 million (HK$1 billion).

Megawide is set to get a huge chunk of change this holiday season. Suncity subsidiary SunTrust Home Developers, which will own the resort, will pay the construction company 25% of the first agreement and 28% of the second before the end of the year, for a total of almost $34 million to be delivered before December 31. The remainder will be paid over time, as different milestones of the construction are completed.

SunTrust is teamed up with Megaworld Corporation for the new resort project through an additional layer, Fortune Noble. Megaworld owns 43.5% of SunTrust, while Suncity controls 51%, while the remaining 5.5% is owned by Aurora Securities. It’s not difficult to imagine that Megaworld played a part in securing the contract with Megawide, since the two have worked on several projects (pdf) together in the past and the two have been intrinsically mixed in several ways.

The Westside City Project isn’t the only one in the Philippines that will see expansion in the next couple of years. In Cebu, the Emerald Bay resort is chugging along, with PH Resorts Group Holdings, the company behind the property, never wanting to tap the brakes on its construction. It probably won’t have to, either, according to a new update from the company. The casino is still in the construction phase and PH Resorts just reported that it has the necessary funds to keep things going. It explained during its just-released third-quarter finance report that its “financing and capital-raising plans are feasible and will generate sufficient cash flows to enable the group to meet its obligations when they fall due, and address the group’s liquidity requirements to support its operations and the completion of its projects.”