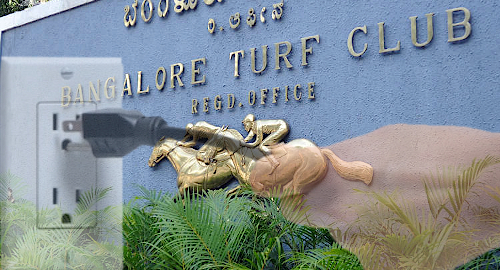 India’s online race betting experiment is over almost as soon as it began amid a flurry of anti-online efforts by individual states.

On Friday, the Indian state of Karnataka rescinded the online betting permit it issued earlier this year to the Bangalore Turf Club (BTC) as a means of rescuing a racing season that had been laid low by COVID-19. The government advised the BTC that the permit was “hereby withdrawn with immediate effect.”

The BTC received in-principle approval for online betting this summer as the pandemic prevented the track from admitting any customers, leaving it with no way to conduct wagering operations. As a result, the BTC was forced to cancel its summer season entirely.

The BTC’s winter season kicked off last month before the company’s betting app, digital wallet and streaming service were ready for prime time but digital wagering finally commenced on November 21.

The Deccan Herald quoted a BTC representative saying there’d been a few technical hiccups but online betting had been “picking up” in recent days. However, Friday’s news has taken the wind out of the BTC’s sails, with one BTC source telling the Herald that the bettors they’d signed up would now migrate to internationally licensed betting sites.

The Karnataka government’s decision was provoked by a public interest litigation (PIL) filed last month by a local resident who felt online betting would corrupt local youth and noted that the government hadn’t established any regulatory framework for digital betting before authorizing the BTC app. The government could reinstate the BTC’s digital privileges pending the outcome of the legal process but for the time being, all bets are off.

Similar litigation has been filed in other Indian states, including a PIL to the Delhi High Court asking the Central government to impose a nationwide ban on online gambling, including the fantasy sports and rummy sites operated by firms such as Delta Corp.

The state of Tamil Nadu announced an ordinance last month banning online gambling, mimicking recent moves by governments in Telegana and Andhra Pradesh. That latter state has gone further than most, threatening to jail not only online gambling operators but also their customers, a step that prompted some local online operators to file PILs of their own challenging this plan.

On Monday, the Madras High Court declined to order a stay on Tamil Nadu’s online ban, although it ordered the state government to respond to the petition brought by local rummy operator Junglee Games. The company’s argument is that if rummy is permitted in countless land-based clubs across the country, an online game shouldn’t be beyond the pale.

While some of India’s state governments may be determined to stand athwart history, recent years have seen a growing chorus of respectable voices advocating for legal sports betting, both land-based and online. There’s a cliché that change happens extremely slowly and then all at once, and India’s bettors are getting downright tired of the slow part.