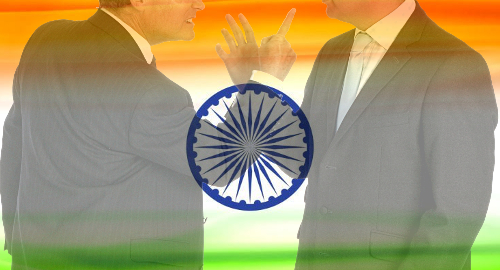 India’s Law Commission has hedged its bets somewhat on its recommendation that the government legalize gambling and sports betting.

On Thursday, the Law Commission of India (LCI) issued a report urging the government to approve laws that would legalize gambling and betting with certain consumer protections, calling it “the only viable option” to the current failing prohibitionist environment.

On Friday, the LCI issued a clarification in response to widespread media criticism of its call for legalization. The LCI’s clarification claims the media failed to take note of a press note that accompanied its report, that “strongly and categorically” recommends that legalizing gambling ‘in the present scenario is not desirable, and that a complete ban on unlawful betting and gambling must be ensured.”

The LCI added that its report’s description of legalizing gambling as the only viable option only applied “if it is not possible to enforce a complete ban” on illegal activity.

Among the loudest voices objecting to the LCI’s original report was Congress party leader Manish Tewari, who called the legalization recommendation “a very bad idea” that “should be opposed.” Tewari claimed legal betting would not only “subvert sports but also convert every paan shop into a [gambling hub],” something that would have “serious implications on the social health of the country.”

Tewari was clearly playing to the reactionary cheap seats, as the country’s sports world is already routinely exposed to ‘subversion’ via match- and spot-fixing linked to illegal betting channels.

Tewari’s view was countered by retired Supreme Court Judge N Santosh Hegde, who said Friday that “a person who thinks vices can be abolished by law is living in a fool’s paradise.” The Press Trust of India quoted Hegde saying the LCI’s report was “a very good recommendation” and suggested the government go further and legalize prostitution because it has “become a regular profession now.”

The Federation of Indian Chambers of Commerce and Industry, which has been advocating for legal gambling for six years now without success, supported the LCI’s recommendation, saying it would “boost the economy by regulating over Rs30t (US$436b) of unregulated economic activities.”

It’s worth noting that the LCI’s original report contained a dissenting note from one LCI member who claimed Indian society simply wasn’t ready to accept legal gambling and that the government had larger priorities to address, including widespread poverty.

India’s government is under no obligation to follow the LCI’s recommendations but Soli Sorabjee, a former Attorney-General of India, told the ANI news agency that the government should implement the LCI’s recommendation “and see how it works. If a problem arises after implementation, then you can again approach for the amendment and modification … That’s the key for success.”