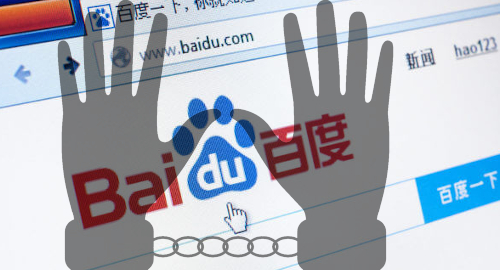 On Thursday, Chinese media reported that Shi Youcai, a Baidu veteran who joined the company a year after its founding in 2000, left the company in 2011 but was recalled to a sales role in 2019, was detained several days ago by police in Hangzhou, the capital of Zhejiang province. Baidu has so far declined to comment on the arrest but reports are that Shi is suspected of promoting online gambling sites based outside China.

This wouldn’t be the first time that Baidu has been accused of allowing gambling sites to promote their wares on the search engine, which handles 90% of online queries in China. In 2016, Baidu was accused of turning a blind eye to ‘stealth’ marketing, in which users clicked on an innocuous link returned via a search query and instead found themselves directed to internationally based gambling sites.

Last month saw a flurry of reports involving Tencent’s QQ social media platform, which was accused of responding to reports of illegal gambling promotion by banning offending accounts for a few days, then allowing them to resume their activity until fresh complaints were received.

Like Baidu, QQ’s facilitation of illegal gambling promotion has caught Beijing’s eye from time to time, and with China having dramatically ramped up its anti-online gambling campaign this year, now is definitely not the time for big tech firms to be slacking off on their compliance efforts.

GAMBLER GETS REVENGE ON SITE

China-facing gambling operators don’t just have to worry about the threats posed by the government, aggrieved customers are also proving to have arrows in their quivers. Local media reported Thursday on a gambler in Banan District in Chongqing municipality who took issue with a site that refused his efforts to withdraw RMB10k in gambling winnings.

The 28-year-old gambler, identified as Xu Mou, opted against going to the police, but instead launched a distributed denial of service (DDoS) attack against the site that refused his withdrawal. His attack was apparently sufficiently impressive that other online gambling operators approached him with requests to attack their rivals.

Xu enlisted some friends to build up his DDoS capabilities, and reportedly earned over RMB1m (US$146k) from these attacks in 18 months. Xu promoted his group’s hacking efforts online through WeChat and – uh-oh – QQ. The latter platform was also fingered as where Xu went to learn how to improve his DDoS techniques.

The party ended on September 7, when police raided locations in Chongqing and Hunan, arresting Xu and his partners. Worryingly, police said Xu was no computer expert, having only a high school education, but simply acquired DDoS software and started tinkering.