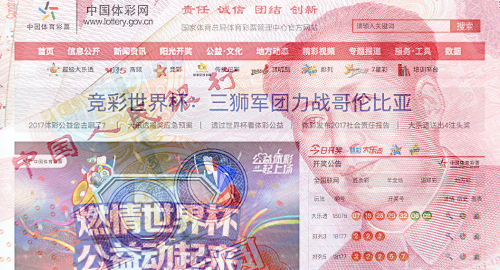 Li Gang, a lottery expert at Shanghai Normal University, told the Australian Financial Review that the increased betting was in part a reflection of the growing Chinese economy, but the rising popularity of social media was also spurring betting interest, thanks to users bragging about their successful betting picks on platforms such as WeChat.

But it seems some of these platforms didn’t get the message. On June 29, state broadcaster CCTV released a report detailing widespread gambling promotions on Tencent’s social platform QQ, which quickly responded by saying the offending groups and accounts “will be stopped and not be tolerated.”

The vast number of major upsets at this year’s World Cup have reportedly led to a surge in social media videos featuring irate bettors smashing televisions in frustration. Following Germany’s defeat at the hands (feet, actually) of Mexico on June 18, police in Nanjing used their Weibo account to plead with German supporters not to “throw yourself to your death.”

While that sounds like a joke, at least one housing estate in Shandong province chose to temporarily chain its rooftop entrances, ostensibly to prevent distraught bettors from hurling themselves onto the street below. The South China Morning Post quoted the estate’s management saying they were responding to the “recent stock market slump and World Cup surprises.”

Meanwhile, after weeks of inaction, Chinese authorities have finally begun rounding up some illegal online bookmakers. Last Friday, police in Shenzhen reported that seven individuals had been detained due to their involvement in an online football betting operation that handled wagers worth about RMB100m ($15m). It’s a start.