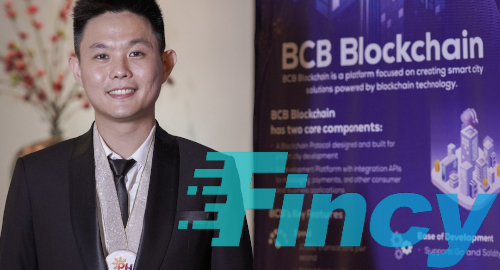 Myanmar’s sketchy online gambling hub has lost a Singapore-based fintech firm over concerns that it could be facilitating illegal cross-border payments for Chinese gamblers.

On Wednesday, Singapore-based crypto and fiat currency app Fincy announced that it was withdrawing from a ‘smart city’ development project in Shwe Kokko village in Myanmar’s southeastern Karen state, near the city of Myawaddy on the border with Thailand.

The project, known as Yatai New City, recently came under fire after its Chinese developers claimed to be part of China’s Belt & Road Initiative. China not only denied these reports but also said it supported the Myanmar government’s efforts to determine if the development is a hub for unauthorized casinos and China-facing online gambling sites.

Fincy, which is only about a year old, added cryptocurrency support in August, just weeks before reports surfaced of dodgy activity within Shwe Kokko. Fincy’s Wednesday statement noted reports that its app was accused of preventing Myanmar’s “law enforcement from tracking financial transactions” in Yatai.

Fincy said it “refutes all claims of nefarious dealings and holds zero tolerance [for] illegal activities and unethical practices.” But Fincy also purged online references to itself as the “exclusive provider of financial services in Yatai city.”

The smart city is a co-venture of a local militia group and Hong Kong-registered Yatai International Holding Group (IHG), and has links to Singapore-based cryptocurrency firm Building Cities Beyond (BCB) Blockchain, which, like Fincy, is financed by a firm called GBCI Ventures.

GBCI was founded by one Douglas Gan, who also serves as BCB’s CEO and Fincy’s chairman. Gan (pictured) previously claimed that 90% of Shwe Kokko merchants used Fincy. Fincy, which is built on the BCB Blockchain, is also active in Cambodia, a jurisdiction that, unlike Myanmar, has seen fit to grant the company a payments license.

In July, the United States Institute of Peace (USIP) reported on the 2018 launch of BCB’s crypto token, BCB Coin, which BCB claimed would help “establish a full ecology for the gambling sector.” Within months, the BCB token claimed to be the “leading player in cross-border payments for online gambling in Macau, Laos, Cambodia and the Philippines.”

Given China’s demonstrated interest in stamping out unauthorized cross-border gambling payments, BCB’s gambling ties would seem to put a target on its back. The USIP reported that BCB signed a strategic partnership in March with Beijing-based Chains Guard Technology, through which BCB is believed to have access to Chinese payment services such as AliPay and WeChat.

Last weekend, China warned its citizens not to be lured to Myanmar with the promise of well-paying jobs, as these job offers ultimately involved “illegal and criminal activities such as telecom fraud and gambling.”