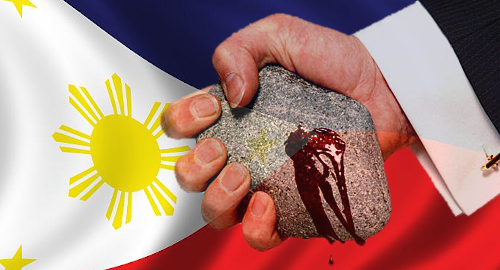 Philippines-based online gambling operators are facing stiff new tax hikes as the government looks for cash to fund its economic recovery from the COVID-19 pandemic.

On Saturday, Philippine Senate Minority Leader Franklin Drilon announced that the newly signed Bayanihan to Recover as One (Bayanihan 2) law will more than double its financial collection from Philippine Offshore Gaming Operators (POGOs) by imposing a tax on online gambling turnover rather than revenue.

The law states that POGOs will now be subject to a “five percent (5%) franchise tax on the gross bets or turnovers or the agreed pre-determined minimum monthly revenues from gaming operations, whichever is higher, earned by offshore gaming licensees, including gaming operators, gaming agent, service providers and gaming support providers.”

To ensure operators can’t use foreign currency fluctuations to diminish their tax obligations, the franchise tax “shall be computed on the peso equivalent of the foreign currency used, based on the prevailing official exchange rate at the time of payment, otherwise the same shall be considered as a fraudulent act constituting under-declaration of taxable receipts or income.”

Failure to observe these new tax rules will authorize the Bureau of Internal Revenue (BIR) to “implement closure orders” against the offenders and “such entities shall cease to operate.”

Philippine President Rodrigo Duterte signed the new law on Friday and Drilon – who claimed responsibility for adding the POGO amendment – said the government would now collect around P17.5b (US$361.2m) from POGOs in 2020, more than twice the sum the government collected from its online gambling sector last year.

The POGO sector has undergone significant shrinkage over the past year or so as the government increased its oversight and the pandemic lockdown forced operators to reduce the scope of their business. In August, the government estimated that up to 100 POGOs had quit the Philippines since the lockdown began.

Officially, there was supposed to be a hard cap of 60 POGO licensees but many fly-by-night operators – many of them Chinese-led – had set up shop in the country. Of the official licensees, only 29 had been received permission from the BIR to resume operations as of this month.

The official POGO list published by the Philippine Amusement and Gaming Corporation (PAGCOR) earlier this month showed only 55 licensees, down from 58 in July. Cosmic Ace Holdings Ltd, Defun Global Investments Ltd and Ximax Holdings apparently decided their POGO licenses were no longer worth the bother.

The new tax demand will undoubtedly cause other POGOs to reconsider their Philippine presence. The government’s increasingly tough approach previously convinced some sites to relocate some of their technical support services to Cambodia, until that country announced an online gambling ban that took effect in January.

Interestingly, a panelist at last week’s SBC Summit claimed that the Malaysian state of Johor could become the next online gambling back office hub. Cherry Interactive GM Danny Too claimed the state was drafting regulation to welcome technology companies to set up in the urban township Johor Medini, although he cautioned that Malaysia’s conservative Muslim majority could torpedo these plans before they get off the ground.