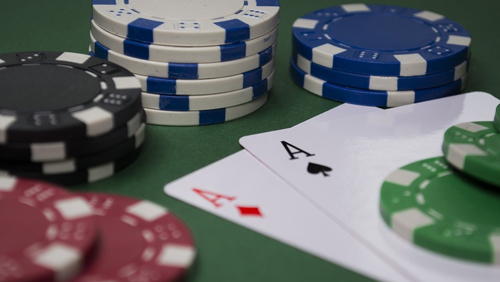 The Philippine Offshore Gambling Operators (POGOs) has shrunken dramatically, according to Philippines Labor Assistant Secretary Dominique. Less than 100 remain after strict Covid-19 lockdowns and new employment requirements for immigrants to the Philippines, while frictions with Chinese immigrants are causing new problems for the country.

“Prior to COVID-19, we have more than 200 Pogos operating nationwide particularly in the NCR (National Capital Region). During the ECQ (enhanced community quarantine), if we look at the numbers of Pogo establishments, it is less than a 100,” wrote Tutay on August 12.

He attributed this shrinkage of the industry to a natural downturn of the economy due to the pandemic, but also to new requirements for employees to have a valid Alien Employment Permit to secure work. The idea is that with less people able to travel to the Philippines, and even less able to get a work permit, POGOs and service providers are just packing up shop and leaving.

But whatever Chinese POGO workers remain are still grabbing headlines for the hijinks they get up to. Weng Zhiting and Cheng Guo were arrested by the Philippine National Police Anti-Kidnapping group for allegedly kidnapping at least one other Chinese national, and police tied the group to a syndicate targeting Chinese people working in the Philippines.

The group were arrested in a rented house in Las Piñas City, a suburb of Manila. The operation to arrest the two stemmed from a complaint by Yang Lingyu, who claims her husband was abducted by the pair, along with five other suspects still on the run, and P3.5 million ($71 thousand) was demanded as ransom.

Police report that their whole scheme was to offer great exchange rates to unsuspecting Chinese nationals online, and then insist on a face to face transaction where they would carry out the kidnapping.

Separately, Chinese-Filipino community leader Teresita Ang-See worries that the crimes of mainland Chinese nationals are causing Filipinos, and Chinese-Filipinos, to discriminate against Chinese looking people regardless of their actions. The Federation of Filipino Chinese Chamber of Commerce and Industry of which Ang-See is a member recently published a statement in local newspapers warning Chinese people to behave.

“It’s a warning or a caution from the federation [because there were] several incidents of new immigrants misbehaving.” Ang-See said. “The Filipinos have been very tolerant and very hospitable to us. These [mainlanders] people don’t really know the Filipino culture.”

She worries that the bad behavior, ranging from spitting in public to the aforementioned kidnappings, may cause backlash against the homegrown community. “The Tsinoy [Chinese-Filipinos] community is becoming a collateral damage, that’s why extra caution has to be taken. Unless we’re watchful, there might be a backlash,” Ang-See said.