The Philippine Amusement and Gaming Corp is looking to brighter days ahead. A long term project for the Philippine Offshore Gambling Operators (POGOs) is starting to come together, and a majority of operators have returned to work. 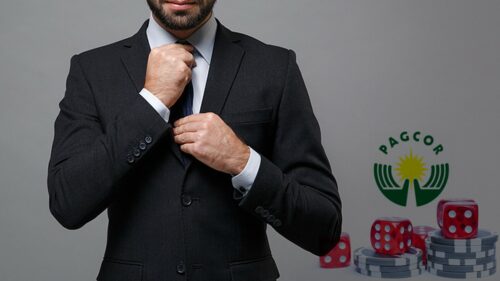 At a meeting of the House appropriations committee, PAGCOR Assistant Vice President for Offshore Gaming Licensing Jose Tria announced that two POGO hubs are under construction. These hubs will help the Philippines to consolidate the geographic spread of POGOs, in theory making them easier to regulate. The two locations are located in the old Island Cove in Cavite and in the Clark Economic Zone, and are expected to be completed soon.

“We hope that they can continue with the construction so that we can already start…relocating some of the operators and service providers which have been granted by the BIR [Bureau of Internal Revenue] their clearances,” Tria noted. He also noted that two other locations have been considered, but couldn’t begin construction due to the Covid-19 pandemic.

Probinsyano Ako Party-list Representative Bonito Singson was happy with this development. “I suppose this will address our general concerns about POGO operations. We can now concentrate on raising PAGCOR’s capability to raise funds for the government,” he said.

PAGCOR was originally urged to set up hubs for POGOs in 2019 as a way to concentrate the industry and make it more easily regulated. By incentivizing operators with longer licenses if they move to a hub, lawmakers theorized they would be easier to supervise and tax, and fears that POGOs were a front for a Chinese espionage effort could be quelled.

In the hearing, PAGCOR corporate secretary Jun Sanosa also emphasized that only POGOs that have been compliant with the Bureau of Internal Revenue (BIR) have been allowed to resume operations. While that took a while to get going earlier in the pandemic, Tria commented that 29 operators have now gotten back to work.

Lawmakers also asked what PAGCOR is doing about the perceived increase in criminality from POGOs. Sanosa noted that they are working with law enforcement to address issues, but emphasized that a distinction must be made between law abiding, licensed POGOs, and the so-called NOGOs, or operators without a license, which create most of the problems.