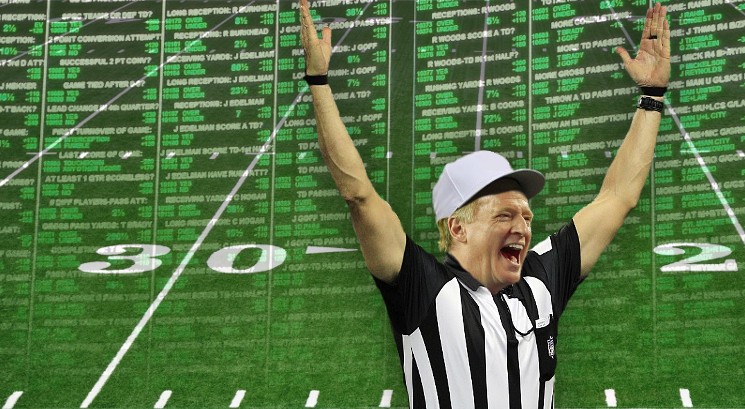 For the second year running, sports betting expansion in the US of A was the Western Hemisphere’s dominant gambling story. There were eight states with legal betting markets at the end of 2018, while 2019 will close with 14 active states (thanks to the December 30 launch in New Hampshire) plus six more that have authorized but not yet launched betting.

Even notoriously fractious/legislatively inept California got into the legal betting spirit as the state’s tribal gaming operators hatched a plan for a 2020 ballot initiative that envisioned a role for state racetracks while excluding their cardroom rivals (who continued to demonstrate their apparent unwillingness to uphold basic financial regulatory obligations).

Only nine of the 14 active betting states currently permit some form of statewide digital wagering, which has utterly dominated its land-based counterpart when allowed to go head-to-head (86.5% of November’s handle in New Jersey). Want a more extreme example? Tiny Delaware (which has mobile betting) outperformed New York’s upstate casinos (which don’t offer mobile) in betting revenue in November.

DraftKings surprised onlookers two days before Christmas by striking a three-way merger with a ‘special purpose acquisition vehicle’ and European betting tech supplier SBTech that will see the enlarged DraftKings Inc list on the Nasdaq exchange by mid-2020. The union spells trouble for DraftKings’ current betting tech partner Kambi, which thought it had extended the parties’ relationship in August.

The year saw a number of other high-profile European betting brands put down US roots, including Bet365, Kindred Group’s Unibet and Betfred, although it’s still an open question if their popularity across the pond will translate to ‘Murica.

US betting operators broke new ground (at least, for North America) by partnering with major media firms, including The Stars Group’s Fox Bet joint venture with Fox Sports, while BetMGM inked what amounts to an affiliate deal with Yahoo Sports. Canada’s theScore chose to go it alone with a bespoke betting product of its own.

The once reticent major North American sports leagues began signing ‘authorized gaming partnerships’ like they were banks issuing mortgages pre-2008. Even the sanctimonious National Football League got into the act, although its one actual betting deal was made with an operator literally on the other side of the world. The NFL also suffered its first betting scandal in decades, although it turned out to be a nothingburger built more on an athlete’s cluelessness than deviousness. US ONLINE GAMBLING
For US intrastate online gambling, 2019 began on a sour note when the Department of Justice issued a truly sketchy new opinion on the Wire Act, reversing the 2011 opinion that the Act applied only to sports betting. This action was widely interpreted as a favor to major Republican sugar daddy Sheldon Adelson (pictured above), the aging Las Vegas Sands curmudgeon who wants to see online gambling die before he does (Adelson battled cancer in 2019).

The new opinion was challenged in court by New Hampshire’s state lottery, which feared the loss of its lucrative online sales. In June, New Hampshire prevailed in federal court, prompting the DOJ to delay enforcement of its opinion to 2020. But Donald Trump’s legal lackeys hate to lose, and in August the DOJ announced their intention to appeal the ruling.

The uncertainty didn’t affect New Jersey’s online gambling market, which took off like a rocket in 2019, on pace as of November to net nearly half-a-billion dollars in full-year revenue. The Golden Nugget outperformed its online casino rivals in every month this year and began outperforming its own land-based gaming revenue in October.

Pennsylvania launched its online gambling market in July, although the year closed out with just five operational sites (and only one poker site). The state’s preposterous 54% tax on online slots revenue kept a damper on casino operators’ eagerness to launch gaming sites, particularly compared with their eagerness to tap into sports betting, and many of those operators viewed their gaming sites simply as a means of signing up additional loyalty program members.

Two more US states – West Virginia and Michigan – approved online casino gambling in 2019, bringing the total to a still underwhelming five. But even this modest growth helped convince Google to lower the drawbridge for online casino advertising in four of those states (Michigan legalized after Google’s announcement) as an extension of its ongoing acceptance of sports betting adverts in legal states.

US LAND-BASED GAMING
The new online gambling and sports betting verticals helped push Atlantic City’s casinos back into a profitable position by the end of Q3, despite the unwanted (by some) addition of two extra mouths/venues to feed.

Land-based sports betting in other states proved adept at boosting casinos’ other revenue streams, with spikes in food, beverage and (strangely) table game revenue reported following the opening of sportsbooks. 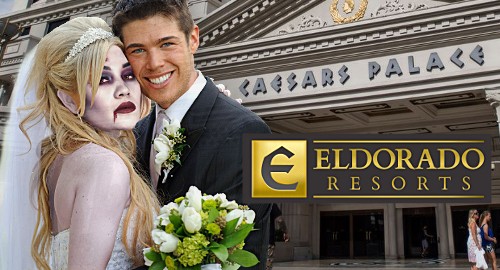 The consolidation fever gripping the US regional casino industry didn’t break in 2019, thanks to the union of upstart Eldorado Resorts and the no-longer-bankrupt-but-still-struggling Caesars Entertainment. The new year will likely bring a flurry of disposals of non-core venues and non-core people as Eldorado management tries to prove that there’s still signs of life in this zombie Caesars.

The Steve Wynn debacle continued to generate headlines as Nevada regulators tried to formally expunge any record of Steve’s ties to their gaming sector. Steve’s former company Wynn Resorts paid over $55m in fines in Nevada and Massachusetts for their role in enabling Steve’s antics over the years.

Meanwhile, Wynn Resorts’ attempts to recreate Vegas and Macau in Boston proved misguided, as the company’s Encore Boston Harbor was forced to drop some of its nosebleed pricing to attract a decent volume of customer traffic.

MGM Resorts finally reached a financial settlement with the victims of the 2017 mass shooting in Las Vegas, which saw the shooter fire on the crowd from rooms at MGM’s Mandalay Bay venue. MGM had less positive news for its workers, announcing plans to fire 3% of its employees (some of whom are to be replaced by robots) while also shedding some high-profile assets in order to finance its Japanese casino ambitions. THE OTHER AMERICAS
2019 was mostly quiet in the western hemisphere’s gambling sector outside America. North of the 49th parallel, Canada’s largest province suggested it would open up its online gambling market to private operators, although no details of this plan have been released since that April announcement. And a federal court issued Canada’s first ever domain-blocking order, which didn’t specifically involve a gambling site but mission creep seems inevitable.

British Columbia casinos found their once white-hot gaming tables growing cold after the province introduced new mandatory source of funds requirements. Their struggles may only be beginning after the provincial government launched a fresh money laundering inquiry and announced plans for a truly independent gambling regulator.

There were a new notable operator moves, including Bet365 landing (legally) on Mexican shores for the first time, Playtech striking a Colombian online joint venture and Betsson positioning itself for a Brazilian breakthrough by taking a 75% stake in local race betting operator Suaposta.

And with that, we’ll leave you with a pretend Robert Goulet from the HBO series Vinyl singing a made-up song about how Boxing Day sucks.