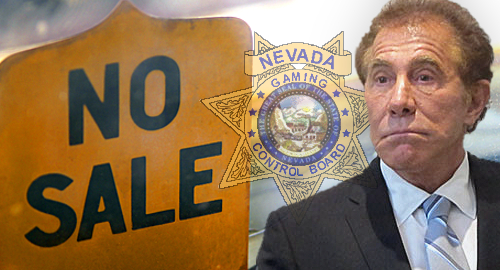 Nevada gaming regulators have pushed back against disgraced casino icon Steve Wynn’s claim that they have no power to punish him.

Earlier this month, Steve Wynn’s attorneys declared that the Nevada Gaming Control Board (GCB) had no power to impose any financial penalty on him or revoke his gaming license based on his alleged sexual harassment of female staff at the company he founded, Wynn Resorts.

Steve was forced to resign from Wynn Resorts in February 2018 and subsequently sold off his holdings in the company, leading his attorneys to conclude that Nevada regulators have no more authority over his actions. But the GCB pushed back hard on that view on Wednesday, rejecting Steve’s motion to dismiss the complaint the regulator filed against him in October.

The GCB stated that Steve’s disengagement from his former company didn’t rob the regulator of its “full and absolute power” to recommend that the state Gaming Commission impose sanctions on Steve for casting the state’s gaming sector in a negative light.

The GCB further argued that nothing in state gaming regulations supports Steve’s belief that he can “unilaterally cut off this commission’s subject matter jurisdiction by leaving Wynn Resorts.”

Nevada regulations allow for licensees to surrender their licenses but that surrender “is not effective until this commission accepts it.” Until that hurdle is cleared, a licensee “remains liable for penalties, fines, fees, taxes or interest due” the regulatory body.

Steve has until December 9 to respond to the GCB’s filing, possibly setting up a ‘worst Christmas ever’ hearing before the Gaming Commission on December 19.

STEVE PAYS UP
In other Wynn news, the company announced Wednesday that it had accepted $41m – $20m from Steve and $21m from insurance carriers – as part of a settlement of lawsuits brought by Wynn shareholders who accused the company’s directors of covering up Steve’s alleged transgressions.

Wynn’s announcement stressed that neither the company nor its senior execs had been found to have committed any wrongdoing, but the company did say the settlement includes a $49m credit for sweeping changes the company has made since the scandal broke, including improving its workplace culture and putting more women on its board of directors.

Steve’s alleged transgressions have resulted in the company being hit with over $55m in penalties by gaming regulators in both Nevada and Massachusetts.