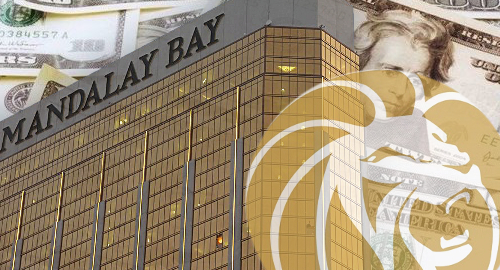 Casino operator MGM Resorts International has reached a financial settlement with most of the victims of the 2017 mass shooting in Las Vegas.

On Thursday, MGM announced that it had reached a settlement agreement with counsel representing “substantially all plaintiffs in litigation” over the October 1, 2017 mass shooting incident at an open-air concert in Las Vegas that killed 58 individuals and injured hundreds more.

MGM expects the total settlement amount to be between $735m and $800m, making it the third-largest victims compensation fund in US history. The settlement, which won’t require MGM to admit liability, will require the parties to dismiss and release all pending litigation. The process is expected to be completed by “late 2020.”

MGM announced this spring that it believed it was “reasonably possible that a settlement will be reached” and that MGM’s insurers would cover up to $751m of any damages the company might be required to pay.

Stephen Paddock, a frequent Vegas casino visitor, committed his crimes from two rooms he’d booked at MGM’s Mandalay Bay resort, which overlooked the outdoor space where the concert was held. Paddock took his own life before police were able to gain entrance to his room.

MGM was accused of failing to notice Paddock’s preparations for the shooting, including his ability to bring 23 semi-automatic weapons and thousands of rounds of ammunition up to his rooms. The plaintiffs also found fault with MGM’s security team’s response to the shooting.

MGM was sharply criticized for its legal strategy in defending itself against the lawsuits, which involved suing some 1,900 victims in federal court in order to keep the proceedings out of state court, where the company reportedly feared it would be dealt with more harshly.

On Thursday, MGM CEO Jim Murren called the settlement “a major step” towards resolving the legal issues surrounding the shooting, which he hoped would enable “our community and the victims and their families” to “move forward in the healing process.”

Robert Egret, a lead counsel for the plaintiffs, stressed that no amount of money could undo the damage done the day of the shooting, but nonetheless stated that the settlement represented “the best outcome for our clients and will provide the greatest good for those impacted by these events.”