MGM boosts bankroll by $5b via Bellagio, Circus Circus deals 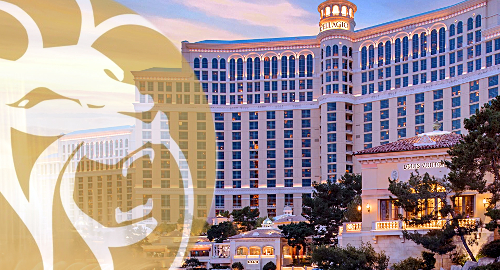 Casino operator MGM Resorts has bolstered its bankroll by around $5b after selling its Circus Circus casino in Las Vegas and the land underneath the Bellagio.

On Tuesday, MGM announced that it was selling its Circus Circus Las Vegas casino for $825m to an affiliate of Treasure Island owner Phil Ruffin. The deal is expected to close in Q4 2019 and MGM will book a $220m impairment charge in its Q3 results, which will be released on October 30.

MGM CEO Jim Murren said the proceeds of this deal – $662.5m in cash and a $162.5m note due in 2024 – would be used to “enhance its capital allocation strategy and complement its strategic and operational flexibility.” (No, we don’t know what it means either.)

Ruffin, who earlier this year was said to be kicking the tires of some of Caesars Entertainment’s Vegas properties, said he was excited to add Circus Circus to his casino portfolio. We can only hope that Ruffin will next announce that the joint will be co-managed by his good buddy Donald Trump, assuming the president’s not in jail by the time the deal closes.

Tuesday also saw MGM announce a new joint venture with Blackstone Real Estate Income Trust (BREIT) that will see MGM sell the land under its Bellagio casino, after which an MGM subsidiary will lease the land back from BREIT for initial annual rent of $245m. The deal values the Bellagio’s real estate at $4.25b, for which MGM will receive $4.2b in cash and a 5% stake in BREIT.

In September, the Blackstone Group private equity fund was said to be negotiating a REIT deal with MGM for both the Bellagio and the MGM Grand. Blackstone already owns the Cosmopolitan of Las Vegas casino and acquired Spanish gaming operator Cirsa in 2018.

MGM already has its own REIT, MGM Growth Properties (MGP), which has been steadily acquiring the land under MGM’s casinos since MGP’s formation in 2015. MGM said Tuesday’s deal was further evidence of its move “away from primarily a capital intensive, brick & mortar real estate business towards a developer, manager and operator of leading gaming, hospitality and entertainment properties.”

Murren said the cash from Tuesday’s deals would help “build a fortress balance sheet and return capital to shareholders.” However, MGM also said the cash would come in handy in its goal of “securing and investing in one of the integrated resort licenses in Japan and becoming an industry leader in sports betting in the US.”