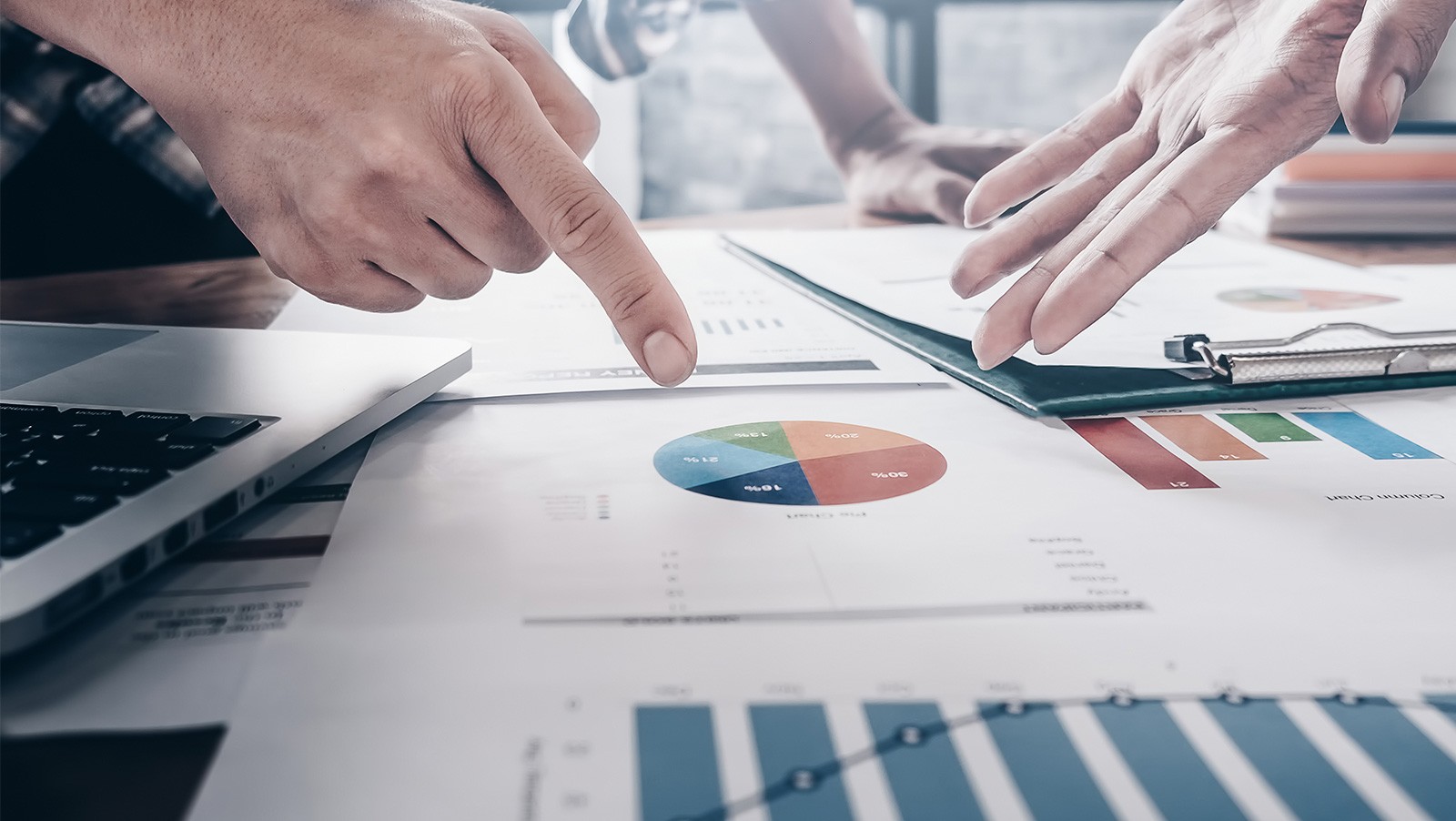 There’s little more heartening to those who see the world through a free market lens than two companies from different countries teaming up to leverage their respective skills on a joint economic venture. Last week’s announcement that MGM and GVC would be combining their efforts to offer online sports betting, casino games and poker to consumers in the United States just shows that there is so little need for the political elite to rule so many aspects of our lives. We can handle things just fine, even if we’re from different countries.

In a world poisoned by trade wars and the curse of economic nationalism, joint ventures across oceans provides a ray of hope when even economic cooperation itself (trade) is viewed as a competitive “war” by our leaders. The basis for the combined effort, happily, was actually the repeal of a bad law, the Professional and Amateur Sports Protection Act (PASPA), not the passing of a new one. Judging by the pretentious name of the law itself, one would think that professional and amateur sports in the US will now implode from lack of protection. Something tells me they’ll do just fine.

In theory and eventually in practice, the MGM-GVC combo should yield great results. It’s exciting, that’s for sure. The press release was full of mouth-watering statistics of addressable markets and impressive brand history. There is nothing to lament in the deal itself. The question is, should you buy MGM or GVC on the back of the news?

Despite the deal being a big positive long term, I can’t see any reason why the news should trigger a buy signal on either stock specifically now. The reaction to the news is more important than the news itself in a shaky environment for equities like this one. Take a look at MGM stock on the announcement. MGM climbed a dollar one day after the press release of the joint venture, and then promptly fell 4 dollars the next trading day. GVC climbed to all time highs on the announcement and then fell as well. 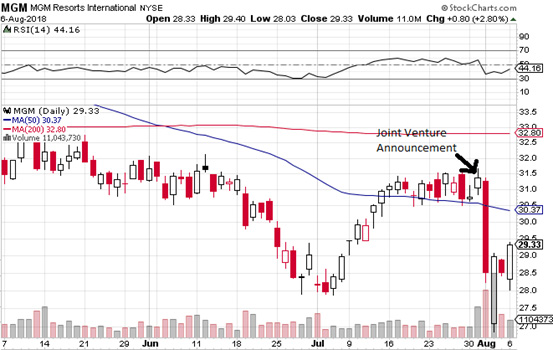 Before we embark on this bearish line of thought, let me address the elephant in the room. From a trading perspective, I have been wrong on GVC for a long time. It has kept climbing and climbing on acquisition after acquisition, turning itself into one huge successful conglomerate umbrella gaming company, taking under its wing centuries-old brand names that had taken over other brand names and so on for years. Its management is obviously aggressive, assertive and confident with good execution of risky plans. At least this is the way the market is interpreting everything GVC has done over the last several years. Could it keep climbing? Sure, just because that’s what momentum stocks do. They climb and climb and people notice and they don’t want to lose out, so they buy and it climbs more and more. But that’s not a fundamental case.

Why will this deal probably not impact MGM or GVC fundamentally short term? Because it’s going to take years for the US online gaming market to develop. Betting is only legal in 4 states, with bills passed in 4 other states, and bills introduced in 14 others. That’s good, but even after a bill passes, you’ll have tax and profitability issues. Many of the states with bills passed or bills in consideration are in extreme debt. State politicians are going to look to take as much taxes as they can from a baby industry, and they’ll probably overshoot. It’s going to be difficult to get a profitable industry off the ground initially, especially in states with bad finances like California, Illinois, Pennsylvania, Connecticut, and New York. It’ll happen, just not as quickly as investors want.

You could try to make the case that shares will start pricing the deal in over the next few months. There are two problems with that. First, there needs to be lots of dry powder to bid up MGM and GVC from already extended levels. Second, if the stocks do start pricing in the deal, the risk of a deeper correction due to heightened expectations not being met increases. MGM looks like it may have topped in January already, and it hasn’t bounced back up with the S&P 500. GVC of course just keeps heading relentlessly higher. Buying it now is just a bet that the trend continues, not a fundamental play.

Keep in mind, GVC has lost nearly €180M euro over the last two years. That by itself is not a problem. Losses are OK as long as you can prove to your shareholders that they are temporary for the sake of growth. And maybe, if we weren’t 10 years into a global economic recovery and we were at the very end of a rate-cutting cycle and a Hard Brexit weren’t such a distinct possibility and economic boom conditions still had a long way to go, losses like GVC’s for the sake of future growth would be fine. But that’s not where we are in the business cycle.

What the deal does do for MGM and GVC shares is sweeten the stocks for the way back up. Once a downturn does take hold and we hit bottom, the trip back up will be stronger than otherwise assuming balance sheets remain intact. By that time, we’ll be significantly closer to the US online gaming industry developing into something significant. Essentially, the joint venture is a big positive for both stocks, but only longer term. It shouldn’t have much short term impact.