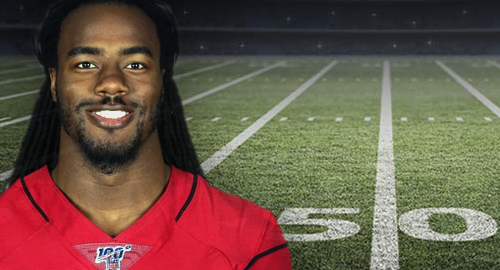 The National Football League’s first betting ‘scandal’ in decades took another turn Monday on news that Arizona Cardinals cornerback Josh Shaw bet against his own team.

On Monday, ESPN scribe David Purdum reported that Shaw, who was indefinitely suspended by the NFL on Friday “for betting on NFL games on multiple occasions,” had wagered against the Cardinals as part of a three-team parlay.

ESPN’s sources claim Shaw made the parlay wager on November 10 at a Caesars Entertainment sportsbook in Las Vegas. The wager involved second-half results of three games, including the Cardinals game against the Tampa Bay Buccaneers, who were up 17-13 heading into the second half.

The Bucs prevailed in the game but failed to cover the second-half spread, making Shaw’s wager a loser. The NFL previously stated that there was no evidence that Shaw relied on any inside info in making his wagers.

Caesars reportedly contacted both the NFL and the Nevada Gaming Control Board the day of Shaw’s wagering after someone apparently caught on to who he was. That shouldn’t have been too hard, as Shaw reportedly filled out his betting account application by listing ‘professional football player’ as his current occupation.

In January, the NFL named Caesars its first Official Casino Sponsor, the first such deal the league had signed with any gaming operator. However, the NFL stressed at the time that the Caesars pact did not cover any sports betting or daily fantasy aspects. The NFL has since signed a wagering partnership with Australia’s Tabcorp and a daily fantasy deal with DraftKings but has yet to strike any domestic betting partnerships (other than a betting data deal with Sportradar).

While Shaw’s activities have proven to be catnip for those who predicted the demise of game integrity in the wake of the US Supreme Court striking down the federal betting ban in May 2018, it’s worth noting that the NFL would likely have been completely ignorant of Shaw’s bets had a sportsbook not reported him.

On Friday, the NFL Network’s Ian Rapoport reported that Shaw’s “misinterpreted understanding” of the Supreme Court ruling led him to believe the door was now open to athletes wagering on sports. Rapoport tweeted that Shaw “immediately” flew to New York to file an appeal of his suspension, which he apparently feels is ‘an innocent mistake with a severe outcome.’

Shaw was placed on injured reserve in August and hasn’t played a down since the current season commenced in September. Previous reports indicated that Shaw hasn’t visited the Cardinals’ training facility since his injury and the team reportedly claimed not to have had much contact with him.