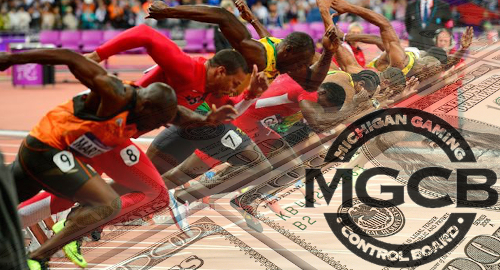 Pennsylvania’s online gambling market set yet another revenue record in January, while Michigan’s initial online report shows the nascent market is off to a roaring start.

Figures released Wednesday by the Pennsylvania Gaming Control Board show the state’s licensed gambling operators reported combined revenue of $311.1m, a modest 2.7% gain from the same month last year but nearly twice the sum the market reported in December 2020.

The state’s land-based gaming operations were only open for 28 days in January, following their mid-December state-ordered closure due to surging COVID-19 infections. The venues operated under pandemic capacity restraints in January, which pushed retail slots revenue down 26% year-on-year to $140.7m while table games slipped 30% to $50.8m.

It was a vastly different story at the state’s online casinos, which saw revenue hit a record $80.4m, up 11% from December 2020’s previous high-water mark. Online slots revenue rose 10.2% from December to $51m, while tables improved 18% to $26.7m and the state’s lone online poker site (PokerStars) was basically flat at $2.7m.

Pennsylvania’s sportsbooks handled a record $615.3m – $580m via digital channels – in wagers last month, up from nearly $526m in December. Betting revenue was essentially flat at $34m, around $3m off November 2020’s record, as operators doled out $15m in bonus offers to bettors.

MICHIGAN CHARGES OUT OF THE ONLINE GATE
A little further west, the Michigan Gaming Control Board (MGCB) released figures covering its online gambling licensees’ performance in the 10 days following their simultaneous January 22 launch. The licensees reported combined online casino revenue of $29.4m, while 11 online sportsbooks reported handle of $115.2m and revenue of $13.3m (although $18.5m in promo credits resulted in a net revenue loss of $5.2m).

The state’s share of this bounty amounted to $4.4m – all but $112k from online casino – leading MGCB exec director Richard Kalm to say the market was “off to a good start.”

The online betting handle chart shows four operators vying for the market lead, although FanDuel emerged triumphant with $32.6m, with DraftKings ($28.2m), Barstool ($27.5m) and BetMGM ($22.8m) not all that far behind. No other operator generated single-digit handle in January.

It was a different story on the revenue front, as Barstool reported a net take of $1.7m, about half its gross revenue. BetMGM won the gross revenue race with $5.1m but generous freebies resulted in a net loss of $53k. FanDuel reported the biggest net loss ($5.7m) for the period, as it chose (for the moment) market share over its bottom line.

Barstool’s performance is all the more impressive given that its online casino didn’t launch until this week, meaning it didn’t enjoy the cross-sell opportunities of some of its rivals. Penn CEO Jay Snowden said this week that 15% of Barstool bettors had checked out the online casino in just its first three days of operation.