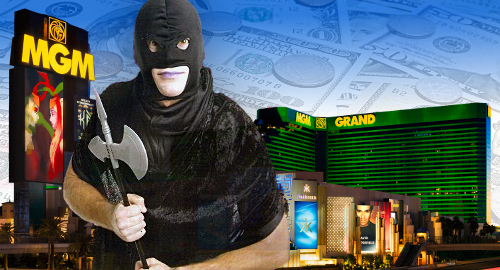 Casino operator MGM Resorts is sharpening its layoff axe as part of the company’s new plan to boost earnings by $300m by 2021.

This “company-wide, business-optimization initiative” is intended to maximize profits by, among other things, centralizing “key company-wide functions” and investing in technology to “lay the groundwork for the Company’s digital transformation to drive revenue growth.”

While this digital transformation is what MGM would like to spotlight, the company acknowledged that half of the additional $200m of earnings the company expects to achieve by the end of 2020 will come through “labor savings.”

MGM plans to trim around 3% of its US workforce, which the Las Vegas Review-Journal reported currently numbers around 71k staffers. The cuts will reportedly be focused on managers and above, although some union jobs might also be on the block.

The remaining 50% of the expected earnings ‘uplift’ will be split between “sourcing” and “revenue optimization.” MGM CEO Jim Murren described the company’s goals as finding ways to “deepen our efficiencies and achieve sustained growth and margin enhancement.”

The revenue growth will involve MGM devoting a larger share of its annual capital expenditure on “specific technology advancements” to achieve a better customer experience through “data, pricing, digital and loyalty capabilities and optimizing business mix.”

MGM has been the most aggressive US casino operator to pursue tie-ups with the major North American sports leagues that include access to data for wagering purposes. Murren said it was MGM’s goal to become “the leader in sports” through such deals and its online gambling joint venture with UK-listed GVC Holdings.

MGM reported revenue up 7% to $3b in its Q3 earnings report, thanks primarily to contributions from its new MGM Cotai property in Macau. However, operating income slipped 12% to $627m, in part due to expenses surrounding the opening of its new MGM Springfield property in Massachusetts.