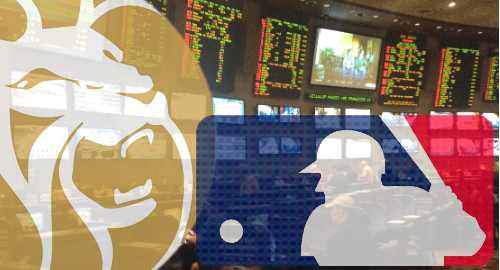 The ‘multi-year’ deal will allow MGM to strike deals with individual teams and to promote its activities on the MLB Network, the MLB.com website and the MLB At Bat mobile app. MGM will have the right to use MLB trademarks for marketing purposes and will have a marketing presence at marquee MLB events such as the All-Star Game and the World Series.

Manfred hailed MGM as “a clear industry leader in the sports gaming area.” MGM has indeed been the most aggressive US gaming operator in locking up official league partnerships, following similar pacts with the National Basketball Association and the National Hockey League.

MGM CEO Jim Murren said his company was “excited to enter into this historic partnership with MLB,” adding that the tie-up “further amplifies the significance” of the company’s online gaming and betting joint venture with UK-listed operator GVC Holdings.

SPORTS BETTING OPERATORS FORM NEW INTEGRITY MONITOR
Meanwhile, a coalition of US-facing sports betting operators have announced the formation of the Sports Wagering Integrity Monitoring Association (SWIMA), a non-profit group aimed at working with gaming regulators and law enforcement to detect and discourage fraud and other “activities that profit from unfair betting markets.” The group will serve in much the same capacity as ESSA does in European betting markets.

SWIMA will be based in Atlantic City and will be overseen by George Rover, a former deputy director at the New Jersey Division of Gaming Enforcement (DGE). Its board of trustees will also include MGM Resorts’ chief compliance officer Stephen Martino and Caesars Entertainment’s corporate responsibility VP Jan Jones.

SWIMA has yet to reveal its full membership, but announced that it will be funded by sports betting operators, not government agencies or sports leagues. The American Gaming Association issued a statement of support for the new group, calling it “another important milestone toward realizing the benefits of a legal, regulated sports betting market in the United States.”