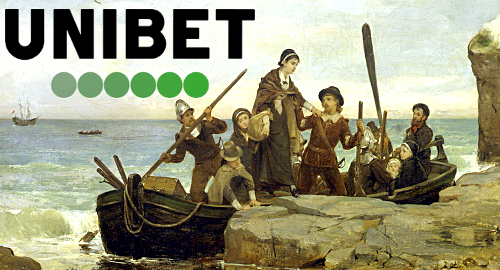 Nordic online gambling operator Kindred Group has gussied up its flagship Unibet brand just as the company makes its US regulated market debut.

On Tuesday, Kindred formally announced the launch of its Unibet brand in New Jersey’s regulated online gambling market. The New Jersey Division of Gaming Enforcement authorized five days of ‘soft-play’ testing of the Unibet online casino last week, and the results went well enough that the site was cleared for a proper launch.

Kindred has partnered with Hard Rock International’s Hard Rock Atlantic City casino for its New Jersey debut. Kindred expects to launch online sports betting in the state shortly through its partnership with betting tech providers Kambi (which was spun off from the Kindred mothership five years ago, back when the whole enchilada was named Unibet).

Kindred US VP Manuel Stan said the announcement of Kindred’s official arrival on US shores was “one in a line of hopefully many more.” Stan suggested that Kindred’s next US stop will likely be in Pennsylvania, where the company has teamed up with Mohegan Sun Pocono for online gambling operations.

Kindred also announced plans to refresh the look of its Unibet brand to “better cater for today’s mobile first environment with high legibility in small digital spaces.” The rebranding came courtesy of Kindred’s in-house creative team, who were apparently able to rise to “the challenge to modernize the classic logo while staying true to Unibet’s heritage.” Ahem.

The company claims to have taken great care to ensure the new logo (pictured above) “met requirements for both offline and online use,” a determination allegedly made following detailed research and testing and engagement with internal stakeholders. The switcheroo will officially take place by June 17th, after which Kindred’s chief marketing officer Elen Barber said Unibet will feature “one logo for consistent use globally.”