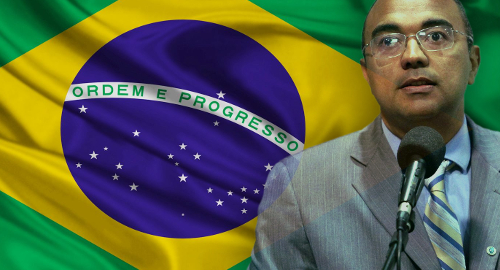 Brazil will clarify three aspects of its sports betting legalization plans, including the ability of so-called ‘bad actors’ to acquire local licenses and how betting will be taxed.

Following these submissions, da Silva (pictured) said the government’s proposed betting regulations had been well received, but there would be three adjustments made over the next “two or three weeks” before the final text is released.

These changes include clarifying that the legislation’s Article 30 – which prohibits local marketing by any betting company not holding a Brazilian license – won’t necessarily prevent international online operators who currently serve Brazilian punters from acquiring a local license.

Da Silva said the intention of Article 30 is to prevent such advertising only after the country’s legal betting regime is in place – the government is currently aiming for a mid-2020 regulated market launch – but the current text was ambiguous enough that some analysts had suggested it would apply to all operators currently promoting their products to Brazilian punters.

The government believes that a ‘quarantine’ on international operators who currently serve the local market – which is basically everybody, given the country’s 210m population – would leave too many operators on the sidelines and thus fail to achieve the necessary ‘channeling’ of Brazil’s bettors to locally licensed sites.

Da Silva also clarified that bookmakers will be taxed on their revenue, not on betting stakes. The legislation previously called for a 1% tax on betting turnover, which the government said worked out to around 6% of operators’ revenue. Da Silva didn’t offer any further clarification, except to say that punters’ winnings would face the same rate of income tax as lottery winners on prizes over BRL1,900 (US$459).

The final clarification is to make it clear that both pre-match and in-line wagering will be permitted.

Brazil’s National Congress is also reportedly working on its own changes to the legislation, including clarifying which branch of government will be responsible for collecting unclaimed gambling winnings. The Congress also needs to formalize criminal penalties for gambling operators who handle wagers without local authorization and for anyone involved in match-fixing efforts.

Meanwhile, the state-owned Caixa Lotteries has launched a mobile app to complement its new lottery website. The app, which is currently only available for iOS devices, offers customers the ability to play nine different lottery products – with a daily spending cap of BRL500 ($120) – as well as check results by scanning their ticket’s bar code.