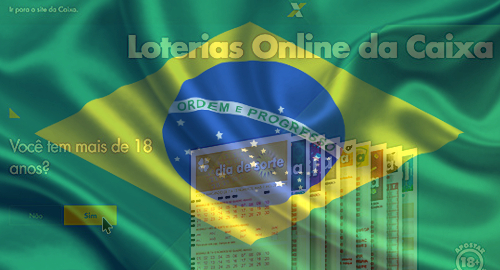 Brazil’s new online lottery is proving a hit with the locals, further emphasizing the country’s need to get a move on authorizing other online gambling products.

On August 10, the Loterias Caixa division of Brazil’s state bank Caixa Economica Federal launched its new online lottery service, and the early returns have the company kicking up its heels, particularly given the new online product’s appeal among young female customers.

According to the lottery operator, online sales over the first month of operation exceeded BRL18m (US$4.42m), representing 1.4% of all lottery sales between August 10 and September 9. Daily sales averaged BRL600k and the average ticket buy was just under BRL51.

Nearly 341k customers opened online lottery accounts in the first month of operations, and their demographic profiles were music to Loterias Caixa’s ears. As hoped, online lottery players skewed much younger and more female than those who patronize traditional lottery sales channels.

The online lottery was only marginally more popular with players aged 18-24 years, but the 25-34 demo accounted for 28.9% of online sales compared with 12.6% for land-based channels. Ditto for the 35-44 demo, which claimed 28.8% of online sales versus 19.9% for land-based sales. The trend strongly reversed itself in older demos, who clearly prefer the devil they know to these newfangled gizmos.

As for gender splits, women accounted for 25.7% of online sales, compared to just 15.5% for land-based channels, strongly suggesting there’s something about lottery retailers that women find unappealing. Around 73% of online lottery players used mobile phones to access the product, while 66% made use of their desktop devices.

Rodrigo Hideki Hori, national manager of CAIXA Lottery Products, said the online launch had exceeded the company’s expectations, and said the fact that over 50% of online players were between 18-44 years old was exactly the profile the company had hoped to attract.

Hori emphasized that lottery retailers stood to benefit from the online channel, as 3.1% of online sales – roughly US$147,500 from the first month’s take – is distributed to land-based operators. Retailers also stand to benefit because more overall players means larger jackpots, which tends to bring more players in off the street to buy tickets.

There’s a lesson here for Brazilian politicians, who have proved most reluctant to approve their country’s gambling expansion legislation. Competing factions have supported plans to authorize only land-based casinos or for more sweeping expansion that includes online sports betting and other gambling products, with the net result being no forward progress of either plan.

Brazil is facing national elections on October 7, but the lack of a clear frontrunner virtually guarantees a run-off vote on October 28. Whoever wins will have to find a way to unify the opposing gaming camps or Brazil’s online punters will face still more years of legislative limbo.