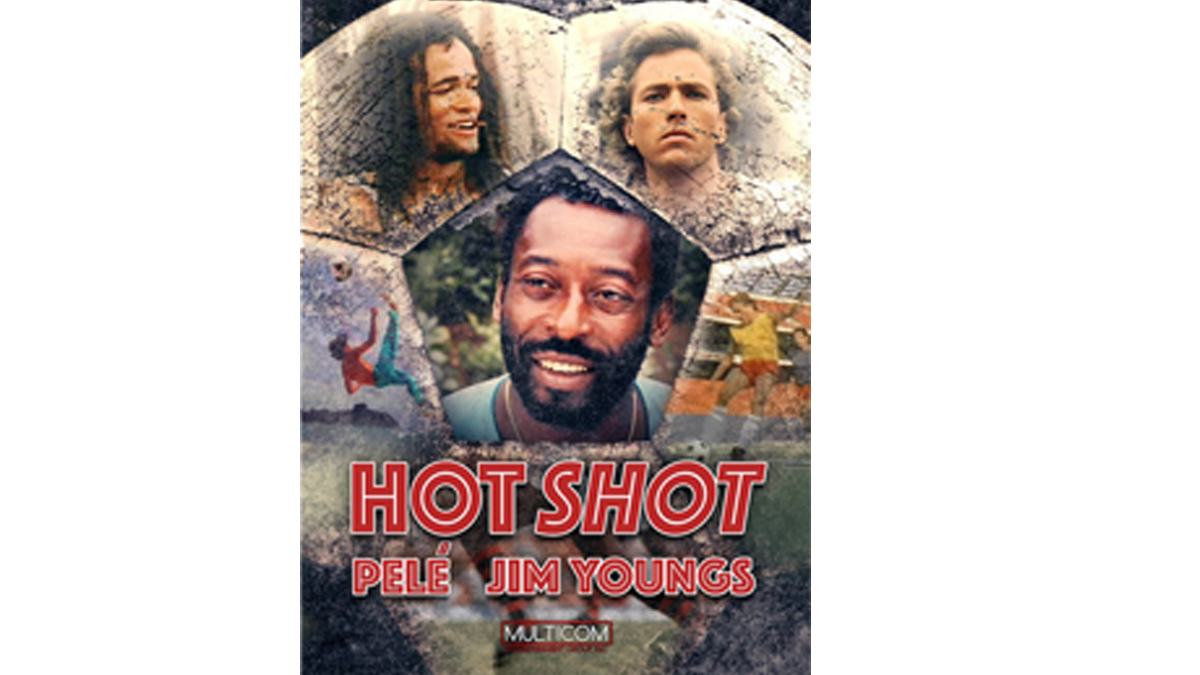 If you’re genuinely asking that question, then you cannot have seen the 1987 movie, Hotshot, starring Jim Youngs, Billy Warlock and… Pelé!

The plot is very simple. Jim Youngs plays Jimmy Kristidis, a no-hope footballer who idolizes Pelé but is not succeeding where he wants to on the pitch. In desperation, this rich New Yorker travels to Brazil in order to track down Pelé (oddly renamed ‘Santos’ for the purposes of the movie) and get him to teach the young player how to bridge the gap between try-hard and pro.

Youngs is an interesting story before he landed the part of Jimmy, only auditioning as a laugh before landing a few small parts. This was his first starring role and while the film only got a lukewarm reception at the box office, it was popular with football fans.

Sports movies are often a bit of a cliché, performing badly with mainstream audiences, but this isn’t to say that they should be cancelled, just catered for the niche market they are designed for.

In this day and age, Hotshot (perhaps featuring Cristiano Ronaldo) would be a made-for-streaming movie and a huge success. In 1987, 17 years after Pelé last won the World Cup with Brazil (and his third World Cup), he is a washed-up former footballer, and initially refuses to help Jimmy at all.

The movie takes a step back immediately after the beginning in Brazil and the first half of the movie takes place in flashback as Jimmy’s past is explored, with his failure in New York (playing for the ‘New York Rockers’) highlighted as he falls short of becoming a pro.

Youngs carries the motion of the movie along admirably, and in a role that few would believe outside of America, is desperate to play professional football in the United States at a time where the game was expected to grow and grow. It didn’t, but the New York Cosmos was at its peak until around 1985 and it was probably hoped that this movie would help the MLS kick on.

That didn’t happen, but the movie is a nice bookmark for a time when U.S. soccer was on the tipping point into a quiet period. It was seven years before they would host their one and only World Cup in 1994, and at a time in Hollywood where studios hoped every sports movie would have the ‘Karate Kid effect’. The Karate Kid came out in 1984 and spawned several sports movies that owed a whole lot to the ethos and often plot of the cult hit. For the signature Mr. Miyagi move in The Karate Kid, there was the overhead bicycle kick, something Jimmy finds impossible to do… until he gets Pelé’s help, that is.

Sadly for Hotshot, the Karate Kid effect didn’t happen, and there was never a follow-up movie. The Rough Guide to Football, published in 2010, said of Youngs and Hotshot, “Though he is not a professional actor and doesn’t seem to speak much English, Pelé is a delight to watch for his smile and handling of a soccer ball,” although a different review said that “There’s not a single honest moment in the film”.

Hotshot isn’t the worst soccer-related movie of all-time, but it’s not the best either. Its deficiencies are outweighed by its charms, however, a little like Jim Youngs himself.

You can watch the official trailer for the movie right here:

If you’d like to watch it and have access to Amazon Prime in the United Kingdom, then you can watch the movie for free right here.