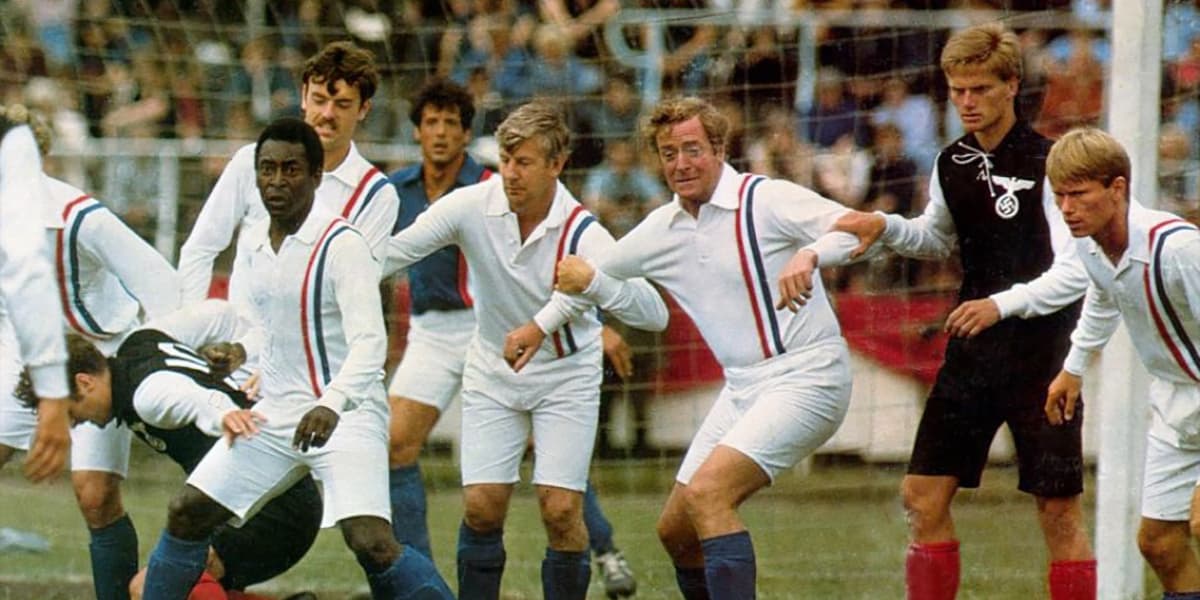 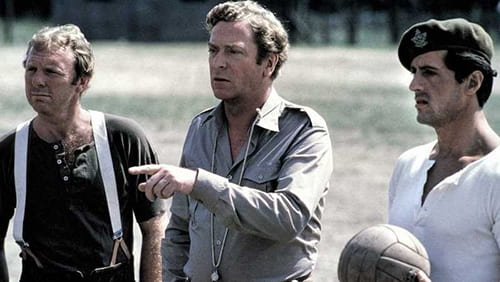 Great sports movies require a few critical elements to be present. They need some bona fide celebrities, someone who can play the sport in question and – possibly most ideally – a brilliant script. 1981’s Escape to Victory arguably has all three in place… but does that make it a great movie?

The crucial difference, of course, is football. The Allies don’t go for the same escape route that was blundered by Steve McQueen et al. Instead, they centre their attempts (or perhaps centre-half might be more appropriate) on an escape during a football match. Organised from a rabble into a rousing football team, the squad rely on the coaching and captaincy of two army Captains, Hatch and Colby, who are played by Sly Stallone and Michael Caine respectively.

With the Allied team due to escape the PoW camp at half-time in the game that has been arranged against their German captors, when half-time arrives they are unjustly 4-1 down. Quite against logic, they decide to play on during the second half (“But we can win this!”) and go on the attack in order to try to win the game.

With many actual footballers taking on the roles of prisoners of war, and actors such as Sly Stallone having the biggest positions of responsiblity on the pitch, the film sometimes falls between two stalls; the footballers cannot always act their way out of the technical area, and the actors can’t kick a football to save their Hollywood stars.

Somehow, however, the film’s charm eventually overcomes any viewer. The footballers in question are very good at the football parts, with Pelé and Bobby Moore both great. Others such as many of the successful Ipswich Town team at the time as well as Ossie Ardiles and John Wark are less magnetic in their ability to transfer the charisma they displayed on the pitch for many years onto the silver or small screen.

Sly Stallone deserves special mention purely because not only is he not a footballer but having to be the goalkeeper he could easily look like a clown in his performance. Instead, he leaps around convincingly for the most part, with Gordon Banks coaching him behind the scenes.

You won’t watch Escape to Victory and declare Bobby Moore the leading man Hollywood never had or Sly Stallone the goalkeeper that the USA team needed in the mid-eighties. But you will have a great time rooting on the Allies against Max von Sydow’s Major Karl von Steiner and the Germans. Hammered together on a budget of just $10 million, Escape to Victory took over $27 million at the box office and was very much a score draw in terms of movie history’s record books.

Given what happens in the final scenes of the movie, that seems very appropriate.

You can watch the full trailer for 1981’s cult classic Escape to Victory right here: