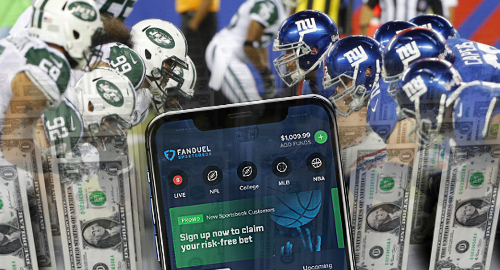 New Jersey sports betting operators set new monthly records for both revenue and wagering handle in October, and it wasn’t even close.

Resorts Digital Gaming, whose operations include DraftKings and The Stars Group’s FoxBet joint venture with FOX Sports, ranked second with $10.56m, up 107.4% year-on-year but a step back from September’s $10.7m. The land-based sportsbook at Resorts Casino Hotel added another $265k to its digital haul.

The Borgata/BetMGM combo reported revenue of $1.84m, a modest gain on September’s $1.5m but the Roar Digital online joint venture of GVC Holdings and MGM Resorts has yet to catch fire with local bettors.

Thursday saw the launch of the new Yahoo Sportsbook, which is really a referral service to the BetMGM site/app in markets where betting is legal (aka New Jersey). Given Yahoo’s existing fantasy sports player database, the opportunities for a DraftKings- or FanDuel-style crossover could prove the boost BetMGM needs.

It remains to be seen what impact New Jersey’s recent temporary approval of eSports betting could have on the state’s monthly revenue totals. The DGE has to date only approved a single League of Legends World Championship event and has yet to comment on whether this trial went off without issues.