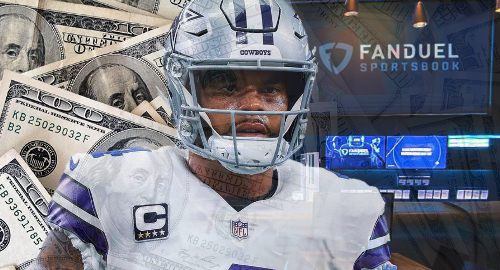 Figures release Tuesday by the New Jersey Division of Gaming Enforcement (DGE) show the state’s licensed betting operators generated combined revenue of just under $37.9m in September, up nearly 60% from the same month last year and a new record since the state’s legal wagering operations launched in mid-June 2018.

The state’s overall betting handle was also in record-smashing mode, hitting $445.56m – of which 84% was wagered digitally – blowing past the previous record of $327.45m set this March and bringing year-to-date handle to nearly $3b.

The state’s individual wagering crown went as usual to the Meadowlands/FanDuel/PointsBet combo, which reported revenue of over $16.9m, up a whopping 134.2% year-on-year. Of this sum, around $3.65m was wagered in person at the Meadowlands track’s sportsbook.

Resorts Digital Gaming’s betting offering – which now includes DraftKings and the FoxBet joint venture of The Stars Group and Fox Sports – reported revenue of $10.7m. The retail sportsbook at the Resorts Casino Hotel in Atlantic City added another $340k to the group’s total.

There was a steep drop-off in results after that, with the Monmouth Park/William Hill/theScore/PlaySugarHouse combo’s $3.36m holding off a personal-best by the Ocean Casino Resort (which also counts Hills as a partner) of $3.1m. The Borgata/BetMGM tandem rounded out the top-five with just under $1.5m.

New Jersey’s solid statewide showing represents a fresh challenge to its Nevada rivals. Nevada won’t release its September figures for another two weeks but the state’s sportsbooks have been outpaced by the New Jersey upstarts in three of the past four months. That said, Nevada’s September 2018 betting handle was $571m, so history is on Nevada side.

It’s worth remembering that New York legislators have yet to authorize online or mobile betting, so local punters are for the moment being asked to schlep their wallets down to the casino if they wish to wager with a New York licensee.