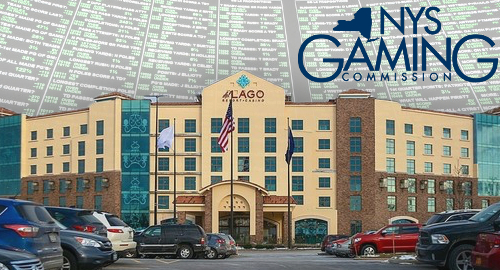 New York casinos have been green-lit to offer sports betting at their venues, although the possibility of legal digital wagering may not be answered until next week.

While the four casinos – which have so far failed to match their original gaming revenue projections – will welcome the opportunity to add a new revenue stream, recent history in several US states has shown that land-based wagering is a far less enticing offer than its digital counterpart.

New York legislators have a mobile wagering bill under consideration but their legislative session is scheduled to conclude on June 19th and there’s no guarantee the betting bill will come up for a vote.

Like many states, New York legislators love leaving gambling questions until the 11th hour, but Gov. Andrew Cuomo continues to send signals that he’s uneasy about approving digital wagering without first amending the state’s constitution, which would require a favorable voter referendum.

If passed without further amendments, New York’s legislation would represent the first time a state had approved betting rules that offer the major sports leagues their coveted ‘integrity fees.’ State-licensed betting operators would be required to remit 0.2% of betting handle to the leagues under the proposed legislation.

SENECAS AREN’T BACKING DOWN IN SLOTS FIGHT WITH STATE
The regulations approved Monday allow the state’s tribal casino operators to also offer land-based betting, in keeping with state gaming compacts that guarantee them product parity with their commercial casino counterparts.

One of those tribes, the Seneca Nation of Indians, has yet to indicate whether it plans to offer betting at its three upstate casinos. In the meantime, the Senecas filed a motion in federal court last week seeking to overturn an arbitration panel’s January ruling that the tribe owes New York State nearly $256m in withheld slots revenue-sharing payments.

In April, the Senecas asked the Department of the Interior (DOI) to review the tribe’s claim that the arbitration panel improperly made an amendment to the Senecas’ state-tribal gaming compact to arrive at its decision. The Senecas claim this amendment “creates an obligation … that does not exist in the compact as written,” specifically, that the tribe was obligated to continue sharing its slots revenue with the state in the final seven years of its compact.

Last week, the DOI responded by saying it couldn’t make a determination on the ruling without a joint filing by both the tribe and the state. The Senecas then filed a motion in federal court seeking to either vacate the arbitration or allow the Senecas to continue to withhold payment until the DOI conducts a review as the tribe requested.

A Cuomo spokesperson called the Senecas’ court filing a stalling tactic and accused of tribe of trying to “move the goal posts to avoid paying their obligations under a process that they signed on to.”