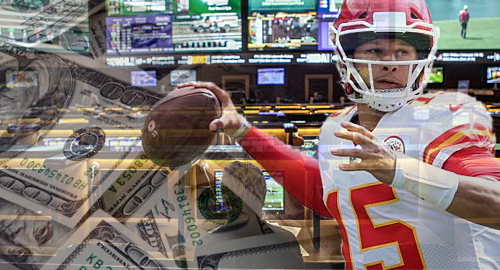 Nevada casinos snapped their two-month streak of gaming revenue declines in September thanks in part to a record performance by their sportsbooks.

Figures released Tuesday by the Nevada Gaming Control Board show statewide casino gaming revenue of $991.2m in September, a modest 1.2% rise over the same month last year but a significant improvement over the $913m the casinos earned in August 2018. The picture was dimmer on the Las Vegas Strip, where casinos posted a 3.7% year-on-year fall to $546m.

On the bright side, Nevada’s sportsbooks were celebrating the return of National Football League action, which helped boost the books’ total take to a record $56.3m, up 26.7% from the same month last year and exceeding the previous record of $53.4m set in September 2012.

The Nevada books’ football win came in at $44.3m, up 11.4% year-on-year, thanks to an impressive win rate of 8.9%. These gaudy figures are unlikely to be repeated when October’s numbers are released, as most Nevada books have reported back-to-back losing NFL weeks to close out the present month.