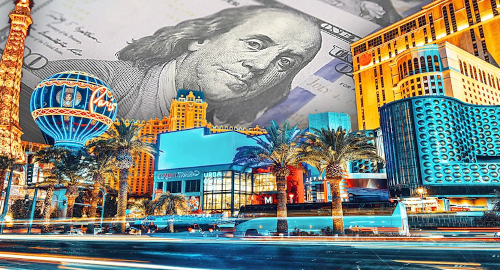 Nevada casinos generated less revenue but posted larger profits in their most recent fiscal year, despite the pandemic’s impact on the final quarter of fiscal 2020.

The Nevada Gaming Control Board’s latest Gaming Abstract for fiscal 2020 show the state’s largest casino operators – those grossing over $1m in annual gaming revenue – generated combined revenue (from all sources) of $18.35b in the 12 months ending June 30, 2020. That’s one-quarter below the $24.55b those same operators reported in fiscal 2019.

Nevada casinos were shut for 78 days in the latter half of FY20 as the pandemic’s first wave rolled over the state. Room occupancy rates tumbled 10.5 points year-on-year to 74.4% in FY20, as occupancy fell to just 2.4% in April and May. June’s rate rose to 38.7%, but that was more than 50 points below the same month one year earlier.

Even after reopening on June 4, casinos were significantly restricted in terms of their gaming floor capacity while many non-gaming amenities remained under lockdown.

On a more positive note, the spring shutdown also contributed to the casinos’ total general & administrative expenses falling by nearly one-half to $5.5b in FY20, which resulted in the casinos’ combined net income before federal taxes and extraordinary items of just under $2.9b, around $850m better than they reported in FY19.

Nevada casinos have continued to struggle since their pandemic restart, as Gov. Steve Sisolak cut their 50% capacity limit in half in November as the state struggled with its second wave of COVID-19 infections. Gaming revenue fell in tandem, despite a record showing by the state’s sportsbooks in November.

A recent survey found that Nevada boasted the highest unemployment rate among the country’s large urban centers as casino operators – with the notable exception of Las Vegas Sands – continue to trim their payrolls to preserve their profits. The FY20 abstract shows average number of casino staff falling 16% year-on-year, with declines reported across all staffing departments.