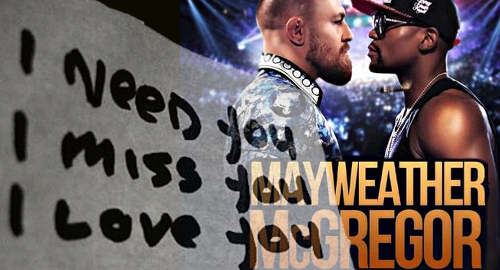 Figures released Thursday by the Nevada Gaming Control Board show the state’s casinos generated gaming revenue of $913m in August, down 8.3% from July’s total and 7.7% less than the same month last year, which included the blockbuster interfaith tilt between the aforementioned boxing and mixed martial arts champions.

The absence of high-rollers in town for the fight was most evident on the Las Vegas Strip, where casino gaming revenue slid 12.4% to $477.9m. The only larger decline was at Boulder Strip casinos, which fell 16.3% to $62.2m.

Nevada’s slot machines held up the best under the VIP disappearing act, as revenue dipped only 1% to $618.3m. But ‘table, counter and card games’ fell nearly one-fifth year-on-year to $294.7m, with double-digit declines in most card games, at least, those that cater to a more Western audience.

As for the casinos’ sportsbooks, they reported overall revenue down 62.9% to $12.6m, although that was still enough to extend the books’ monthly winning streak to 61 (no losing months since July 2013).

The absence of interest sparked by the big fight was most evident in the ‘other’ category, which saw revenue fall from $19.8m in August 2017 to a net loss of $1.24m, thanks not only to decreased handle but to a pathetic -5.4% win rate.

Baseball led August’s betting brigade with nearly $8.3m, although this was down 3.8% year-on-year. Football ranked second with just over $6m, but this was down 9% year-on-year. Basketball bettors cashed in $901k worth of old winning tickets, while parlay cards sounded the month’s lone positive note, rising 76% year-on-year to $442k. The state’s race books were also negative, falling 2.2% to just under $3.5m.