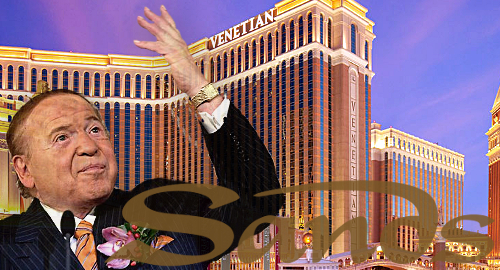 On Thursday, the Nevada Independent quoted a Sands attorney saying Adelson was in “dire” health. The quote was made during a Clark County District Court hearing in the latest go-round of Hong Kong businessman Richard Suen’s 15-year quest to get Sands to pay him the millions he claims to be owed for helping Sands secure a Macau casino license.

Adelson didn’t participate in Sands’ Q4 earnings call on January 23, as Sands president Rob Goldstein claimed Adelson was “a little bit under the weather.” On Monday, Sands’ attorneys told the court that Adelson had “not participated in the company proceedings in terms of being physically present” at the company’s Las Vegas HQ since around last Christmas.

Sands spokesman Ron Reese later issued a statement saying Adelson was “still dealing with certain side effects from medication he is taking for the treatment of non-Hodgkin’s lymphoma.” However, Reese added that, while the treatment had “restricted [Adelson’s] availability to travel or keep regular office hours,” Adelson was still capable of “fulfilling his duties as [Sands] chairman and CEO.”

In addition to his cancer concerns, Adelson was diagnosed with peripheral neuropathy in 2001, which is why he’s often seen getting around on a motorized scooter or walking with the assistance of a cane and/or his wife Miriam.

Sands attorneys are trying to convince the court to exempt Adelson from sitting for another deposition in the Suen case. Suen’s attorneys responded by noting that sitting for a deposition was “the only actual activity” that Adelson’s “purported doctor” appeared to consider his patient too ill to perform.

Suen’s attorneys further argued that if Adelson’s situation was so dire, the company had an obligation to inform the US Securities and Exchange Commission. Adelson currently holds a 56% stake in Sands, the company he founded in 1988. The loss of Adelson’s “significant influence” over Sands’ operations is cited as a potential “material adverse effect” on the company’s business.

Suen’s attorneys likely suspect that Adelson’s legal team was keen to use his medical condition to keep their client out of the hot seat. As demonstrated during the lengthy Steve Jacobs legal squabble – in which Sands/Adelson came out on the losing end – Adelson hasn’t always treated court proceedings with the necessary deference, earning occasional rebukes from judges regarding his inability to dictate the terms of his cooperation.

Should the 85-year-old Adelson’s health deteriorate further, it will be interesting to see whether the US Department of Justice will remain interested in enforcing its new opinion on the scope of the 1961 Wire Act.

The opinion is widely viewed as a political payoff to Adelson, a vociferous online gambling opponent, in exchange for the millions of dollars he’s contributed to Republican election campaigns in recent years. In other words, will the push to ban online gambling die with Adelson?