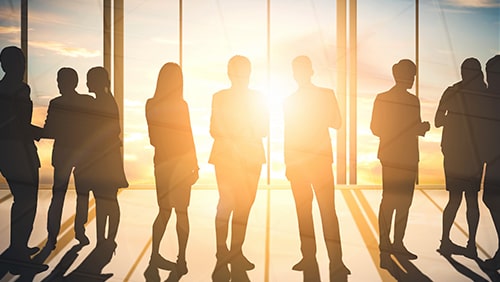 Sheldon Adelson, the man who built the Las Vegas Sands empire, passed away two weeks ago, bringing to an end an era of what can only be described as a transition between the old guard and the new in the casino industry. Following the demise of Sands’ founder, chairman and CEO, the show must go on, even if it could add a few pages to its script, and two long-time company executives are now being bumped up to fill the void. Robert G. Goldstein and Patrick Dumont are going to bring Sands into the 21st Century.

Goldstein was the company’s president and chief operating officer, having taken on the roles six years ago and ten years after he joined Sands’ Board of Directors. Since Adelson passed, Goldstein has served as the company’s interim chairman and CEO and will now officially hold both titles as he looks to take Sands forward. His history with the company is extensive and includes roles as the president of global operations and executive VP, as well as president and chief operating officer, of The Venetian and The Palazzo Las Vegas.

The new top boss said in a press release about Adelson, “Mr. Adelson’s leadership guided us to the top of our industry, and his legacy lives on through the company’s 50,000 team members and the iconic properties he developed around the world. Our spirits have been dimmer in these few weeks since his passing, but the future of the company he founded shines bright. He would expect nothing less than an aggressive pursuit of the work he started, and I am determined to lead this company forward in a way that best honors his vision.”

Dumont has been with Sands for almost 11 years and, since 2017, has served as a director. He is more than just another casino executive, though, as he is married to Sivan Ochshorn, the daughter of Adelson’s wife from her previous marriage. Dumont became the company’s chief financial officer (CFO) in 2016, and will now serve as the president and chief operating officer of Sands. He added in the press release, “Mr. Adelson established the roadmap for the future of this company, and that roadmap is unchanged. I am dedicated to working with Rob and our leadership team to make our strategic objectives a reality. Our path forward is clear and remains true to the principles our founder was committed to for so many years – we will continue supporting our people and the local communities in which we operate, reinvesting in our current markets, producing strong returns for our shareholders and aggressively pursuing new development opportunities.”

With the bumps in position, someone needed to keep the finances in order, so Randy Hyzak will now be the CFO. He has been with the company for almost five years and has been a senior VP, as well as chief accounting officer.

The one question that is on everyone’s minds now is in which direction will the new leadership steer the ship. Adelson was a known enemy of online gambling and fought hard to keep it from becoming an acceptable activity. He has also been accused of being behind the Department of Justice’s decision to change its stance on the U.S. Wire Act, which stymied states’ efforts to move forward with much of their digital gambling efforts. Whether the new leaders will follow in his footsteps or decide to allow Sands to finally catch up to the new order of gambling operations will become more understood as 2021 unfolds.