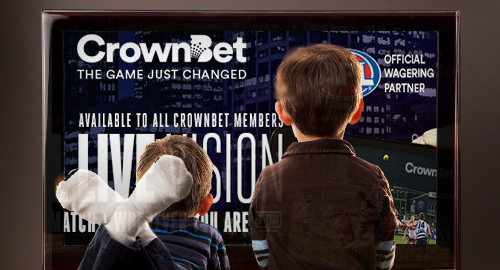 On Friday, the Australian Communications and Media Authority (ACMA) issued a report into whether General Television Corporation Pty Ltd (Channel Nine) breached the Commercial TV Industry Code of Practice 2015, which prohibits betting adverts appearing in any program principally directed at kids that airs between 5am and 8:30pm.

The ACMA launched its investigation after receiving complaints regarding six commercials for online sports betting operator CrownBet that appeared during a September 2016 airing of the Nickleodeon-made movie The Spiderwick Chronicles. The ads focused on the 2016 AFL Grand Final and included pitches for spot wagers including first goal scorer.

(Incidentally, CrownBet is owned by Aussie casino operator Crown Resorts, whose owner James Packer got into a public fistfight with Nine president David Gyngell on a Sydney street in 2014.)

Nine defended its airing of the CrownBet spots based on the network’s argument that the film was rated PG and that “a film being based on a children’s book and being told from the perspective of a child are not reliable indications of whether the film is principally directed to children.”

Bollocks, said the ACMA, who said a “reasonable viewer” would get that the film – which aired during a school holiday period – was principally directed at kids and that the rules applied “regardless of [a program’s] classification.” The ACMA noted that the rules were enacted “to address community concern about children’s exposure to betting and gambling advertising.”

While Nine was found to be in breach, the ACMA noted that Nine has taken steps to minimize the likelihood of further breaches of this type. Given that this is the first instance in which the new rules have been broken, the ACMA “considers that the compliance issues raised by the investigation have been sufficiently addressed.”

Australia’s sports betting operators are facing a raft of new restrictions as politicians amend the country’s gambling regulations, including bans on online in-play betting and offering credit to punters, as well as a potential national online point-of-consumption tax. However, further restrictions on advertising during televised live sporting events appear to have been put on the back burner.