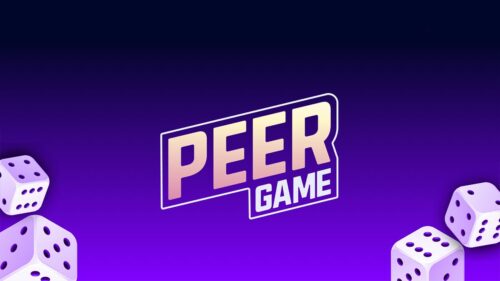 Peergame is continuing their momentum in 2021, releasing yet another new game for Bitcoin SV (BSV) gambling. The site proudly announced the roll-out of Roulette to their site in a tweet and post to their blog.

This new roulette offering, which the site tout’s as “The World’s First On-Chain Roulette,” touts all the features you’d expect from a great casino offering. All of the bets you’d expect from a standard game of European Roulette are there. And thanks to Peergame recording all games to the BSV blockchain, they’re also able to provide data on the last 100 rounds played across the site, providing players stats you’d expect to see at a brick-and-mortar casino, but rarely at other online sites.

“We have put in a lot of work and effort into building this game with the best UI/UX possible, and we are confident that people will enjoy Roulette on Peergame,” a representative told us.

To celebrate the release, Peergame are offering a Roulette Daily Quest. The first 100 players to give the wheel 7 spins each day until February 7 get 10 free spins.

A site representative also told us that they’ve recently taken steps to further improve their transaction and payout system. As a result, players will notice faster game play, and receive their winnings faster as well.

That, added to the site’s December integration with HandCash’s Connect Gallery, makes the site a sterling example of how to offer gambling on the blockchain. Not only are they using BSV’s blockchain to provide Provably Fair gameplay, but they are leveraging every feature of BSV available to provide the fastest gameplay at the lowest cost.

As the site has previously told the Bitcoin and gambling industry, it’s not good enough to simply slap a gambling product on the blockchain and expect it to succeed. That’s why they continue to add new games and improve their features. They’ve also received the first gambling license for a BSV site from Curacao, and launched the first Bitcoin affiliate program.