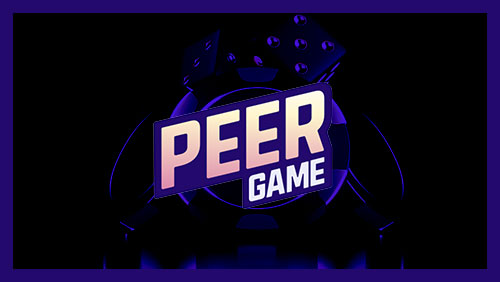 Peergame was very busy in December 2020, making several big announcements to advance the Bitcoin gambling industry. The Bitcoin SV online gambling site added two new games, and an important wallet integration to get around one of the last barriers to instant transactions.

On December 8, HandCash made the momentous announcement that Peergame would be the first app added to their Connect App Gallery.

Early testers of the feature would have an easier way to access Peergame. Peergame told us that this collaboration is an important step to alleviate the unconfirmed transaction speed limit, which CoinGeek’s Kurt Wuckert Jr. recently explained very well. “With HandCash integration, our players don’t face Speed limit issue as much,” Peergame said.

It wouldn’t be a festive holiday season without new games, and Peergame made sure to deliver on that front as well. On December 15, the site announced CoinFlip.

They explained their thinking behind adding the game. “And we know that our Ladder game is one of the most popular games among our players so we wanted to give them a fast-paced, single-game alternatives, hence the birth of Coin Flip.”

On December 28, Peergame kept adding to their momentum with the announcement of Wheel:

We asked what led to adding a new game in such short order. “There were many requests by our players when we asked them ‘what feature do you want to see added to Peergame?’ on Twitter,” a Peergame representative told us.

Initial responses to these new games have been outstanding, and Peergame is serious about promoting them well. “Both games have been receiving great responses from our players, and we are doing huge promotions for both,” Peergame said. “Weekly Race, which has a 11 BSV prize pool every week. We finished 2 weeks of Coin Flip Weekly Race, and Wheel Weekly Race just started [January 5]. Total of 44 BSV prize to be won.”

The site is starting 2021 off with even more news. On January 2, they announced higher max payouts on Twitter.

Peergame has made it a point to be a trendsetter in BSV gambling, obtaining the first gambling license for a BSV site from Curacao, and also launching the first Bitcoin affiliate program. They celebrated their success in a New Years Eve blogpost, listing their achievements for 2020, and in a Christmas Day post which explained their belief in the BSV blockchain, and providing advice to fellow entrepreneurs on how to make the most out of their Bitcoin applications.