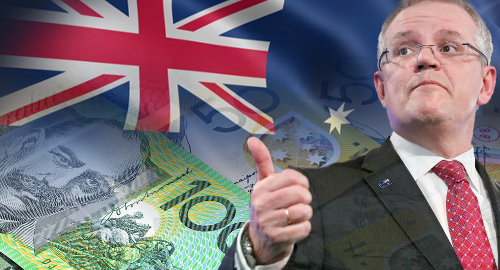 On Friday, Federal Treasurer Scott Morrison (pictured) held a meeting with his state and territory counterparts to discuss the upcoming 2017 federal budget. Following the meeting, Morrison told local media that agreement had been reached “to move forward to prepare a proposal for a nationally consistent approach to [a] point of consumption tax on online gaming.”

Morrison insisted that the idea for a uniform approach to online betting taxation was “not about raising revenue for revenue’s sake,” but more about ensuring harm minimization for both punters and national sporting bodies. To which we reply, sure it is.

South Australia was the first state to publicly call for the imposition of a POCT back in 2015, when state Treasurer Tom Koutsantonis declared that it was “important that online gambling operators pay taxes considering that they are generating profits based on betting activities of South Australians.” The state expects to reap A$9.2m per year from its 15% POCT on wagering revenue, which officially kicks in on July 1.

On Friday, Morrison called South Australia’s proposal “a good starting place to look at models” for a federal POCT plan. Morrison said the various state and territory governments had agreed to examine the matter further, subject to discussion with their respective governments, “with the reservation of the Northern Territory.”

It’s not surprising that the NT had reservations, given that it is where the overwhelming bulk of the country’s online betting operators are licensed. The NT has carved out a niche by offering operators a reasonable tax regime but other states have accused the NT of depriving them of their rightful gambling tax due.

Morrison offered no hints on when the new national POCT plan might take effect. The country has been preoccupied with other changes to its online betting regime, including banning poker and casino products, as well as in-play sports betting, and possible curbs on gambling advertising during live sports broadcasts.