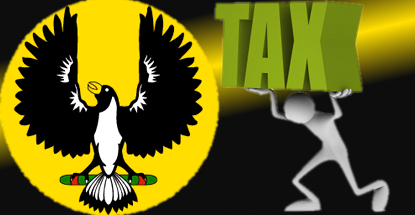 The Australian state of South Australia (SA) is pressing forward with its plans to impose a point of consumption tax (POCT) on online betting operators based outside the state’s borders.

In February, the SA government announced it was mulling the idea of imposing a POCT on online betting firms as part of a sweeping overhaul of the state’s tax system. Online betting operators licensed in other Australian states currently pay SA a $1,500 annual fee but aren’t required to pay the state any taxes on the activities of the estimated 74k SA residents who hold online betting accounts.

Local pub and club gambling operators, who have long complained that the taxes they ante up to the state means they can’t compete with online sites, are in favor of the POCT plan. A Clubs SA submission to the state government tax review claimed that the government stood to gain $47m per year from such a POCT scheme based on a 40% tax on ‘for profit’ online gambling businesses.

Late last week, SA Treasurer Tom Koutsantonis told The Advertiser that the government had begun work on how to implement the POCT plan. Koutsantonis said it was “important that online gambling operators pay taxes considering that they are generating profits based on betting activities of South Australians.”

Online operators that pay the annual fee are required to provide info to the SA government on how much business they generate from SA residents. But Koutsantonis said the government would establish “a process of audit and compliance which would be much more reliable.” Koutsantonis said his staff was working to establish such a system “which we will report back to the other states mid this year and discuss how such a model might work nationally.”

The online gambling world is increasingly moving in a POCT direction, which threatens to undermine the benefits of many existing licensing hubs. The majority of Australia’s online bookies hold licenses issued by the Northern Territory, which offers operators a highly favorable tax regime. At least, for the time being.