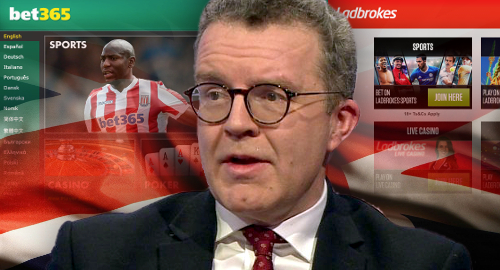 The UK Labour Party will appoint a new ombudsman to oversee the gambling industry, assuming the party wins the next general election.

On Monday, the Guardian reported that Labour Party deputy leader Tom Watson planned a speech at the Demos thinktank in which he would publicly call for the creation of a new gambling ombudsman to ensure greater consumer protections.

Watson (pictured) reportedly planned to say that Labour would put a stop to “unclear terms and conditions, a lack of transparency, a lack of framework,” all of which Labour believes are “fuelled by predatory bonus offers.”

Watson’s plan involves a new trio of gambling industry overseers, with the new ombudsman joining the UK Gambling Commission (UKGC) and the National Health Service (NHS) to ensure UK gambling operators are dealing fairly with their customers while minimizing potential harms caused by their products.

Watson reportedly believes the current setup of the UKGC, the Advisory Board for Safer Gambling and the industry-funded GambleAware charity wasn’t cutting it because it involves “an overstretched regulator, an underfunded commissioner using voluntary contributions, and no formal recourse for consumer protection, no formal integration with the NHS.”

Watson also planned to say that the current system of oversight encouraged “dirty deals” between operators and aggrieved customers in order to ensure the UKGC isn’t made aware of the problems.

A 2018 probe by the Guardian claimed that bookmaker Ladbrokes had required victims of theft by one of its customers to sign nondisclosure agreements in order to get their money back. The UKGC subsequently issued a warning to operators regarding such backroom deals.

For years now, Labour has promised tighter oversight of the gambling sector if voters returned the party to power. These changes would include (but are not limited to) bans on gambling advertising and sponsorship, mandatory funding of problem gambling programs and a total ban on using credit cards to fund gambling accounts.

Labour’s call for an ombudsman brought a mixed reaction from the Safer Online Gambling Group (SOGG), a new non-profit that has the support of operators such as GVC Holdings. SOGG campaigners Adam Bradford and David Bradford called Watson’s proposals “interesting” but “not substantial enough to protect vulnerable gamblers.”